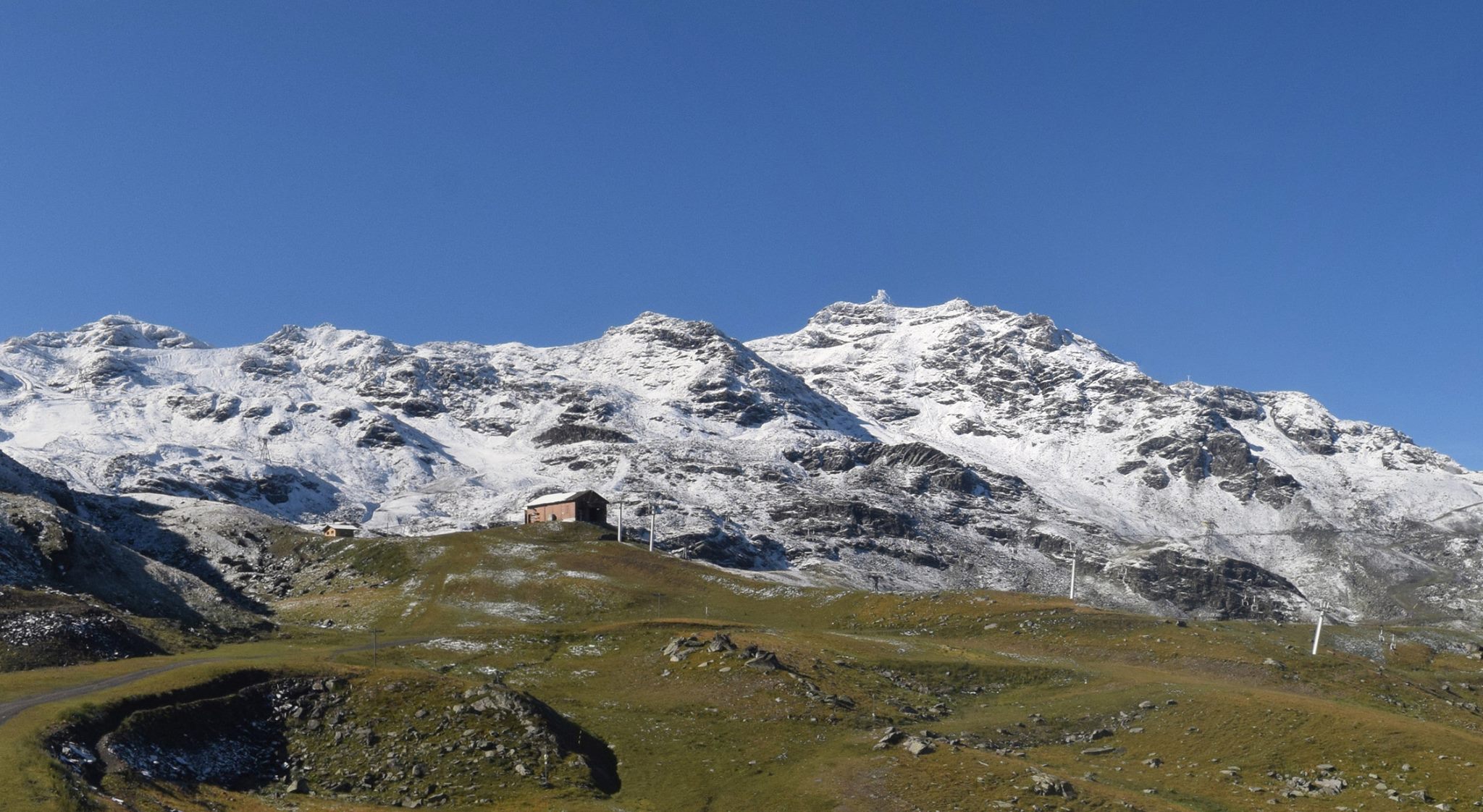 There has been heavy snowfall in the European Alps over the past few days.

The snow comes after a period of extremely hot weather which became known as ‘Lucifer’ and saw temperatures widely reach the 40s Celcius, and reportedly 55C at the hottest point.

Only a limited number of ski areas are currently open for summer skiing and boarding, including Saas Fee and Zermatt in Switzerland, the Hintertux and Molltal glaciers in Austria; Les 2 Alpes in France and Cervinia in Italy.

Several of these areas reported significant snowfall on Friday/Saturday including 41cm of fresh snow at Saas Fee (pictured below after the snowfall), which had re-opened for its nine-month long 2017-18 ski season just a few weeks ago.

Although August snowfall is fairly common at high altitude in the northern hemisphere, this volume of snowfall in mid-summer is much more unusual.

All of the new snow meant those lucky enough to be on the slopes this weekend could enjoy powder skiing and boarding in August.

Some areas that aren’t currently open still highlighted their fresh snow.  Val Thorens published the picture top and noted it was less than 100 days until its 2017-18 season  starts in November.

‘Lucifer’ led to the closure of one glacier summer ski area in Italy at Passo Stelvio after the hot weather melted away snow cover on the glacial ice.  Latest reports are that it hopes to reopen in the next week. 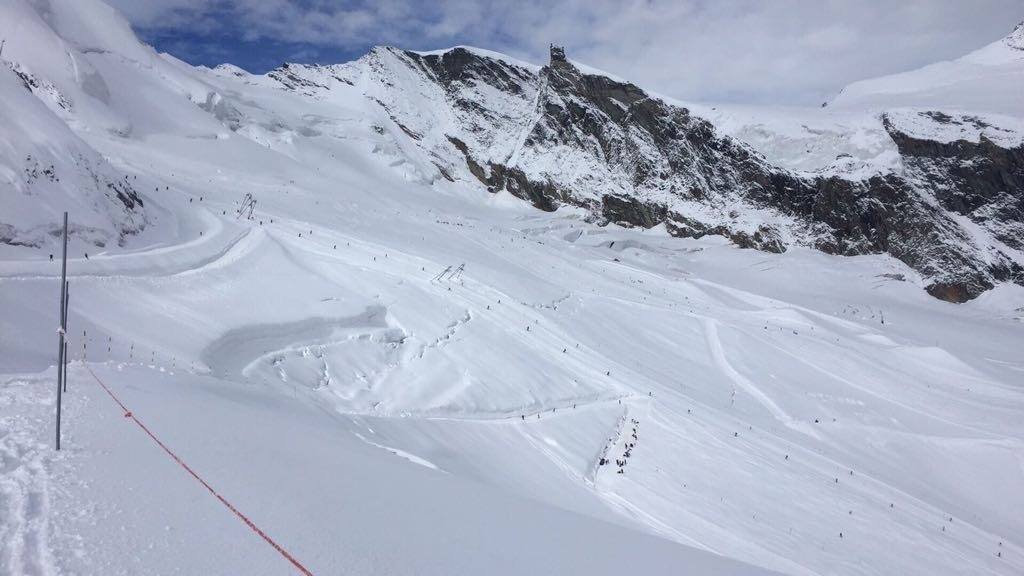