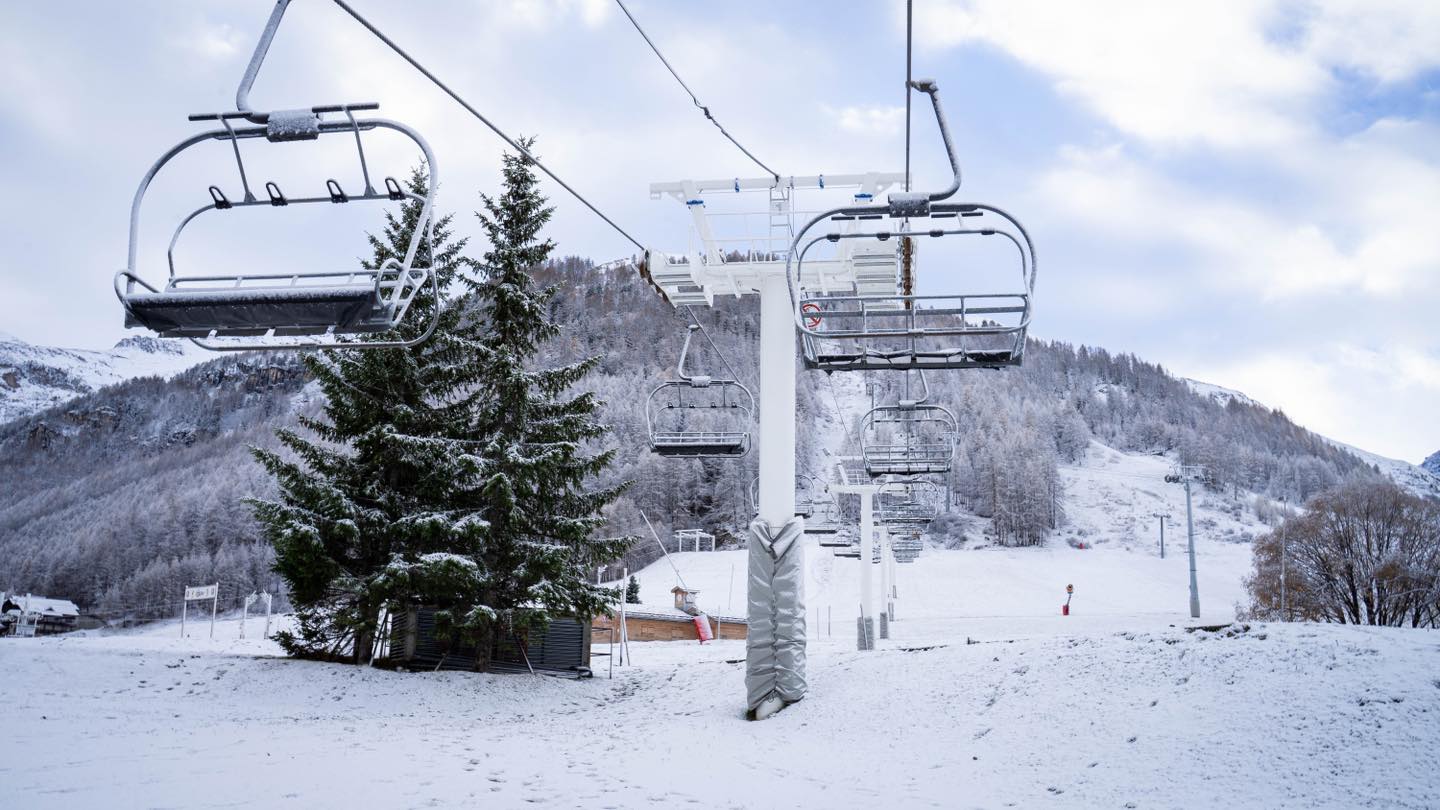 The start of the French 22-23 ski season has been set back with Val Thorens, expected to be the first in the country to open, this coming weekend, announcing they’re delaying doing so by a week.

“Despite our best efforts to start the season with you on November 19, the warm autumn weather does not allow us to open the ski resort and its slopes in a qualitative way. So, our teams, motivated and optimistic, have decided to push back the opening date. The snow cover on the tops is satisfactory but currently does not allow a return on skis to the village,” an online statement explains.

There’s initially a one-week delay with the revised opening date the 26th.

Now Val d’Isere, pictured top on 4th November, which had itself been due to open on the 26th November, has pushed its own opening date back by a week to 3rd December 2022.

“Due to the current weather conditions and the exceptionally mild autumn temperatures, the opening of the ski area, which was originally scheduled for the 26th November, has been pushed back to 3rd December 2022. In order to offer the best possible experience to visitors, the winter season will now run until the last weekend of the French school holidays, in early May. The First Tracks event which marks the opening of the slopes with new ski gear testing and entertainment, will now take place on the weekend of 3rd and 4th December,” a resort statement explains.

The 22-23 French ski season had been due to start in October at Les 2 Alpes and Tignes but both cancelled their opening plans.

About 20 glacier ski areas are open in Austria, Italy and Switzerland with the first non-glacier-dependent Austrian areas of Kitzbuhel, Obergurgl and Obertauern starting their seasons over the next few days.

It’s believed to be the first season for many decades that a French resort has not opened in October or earlier but follows what is now almost a year of often dry and frequently warmer than average temperatures.