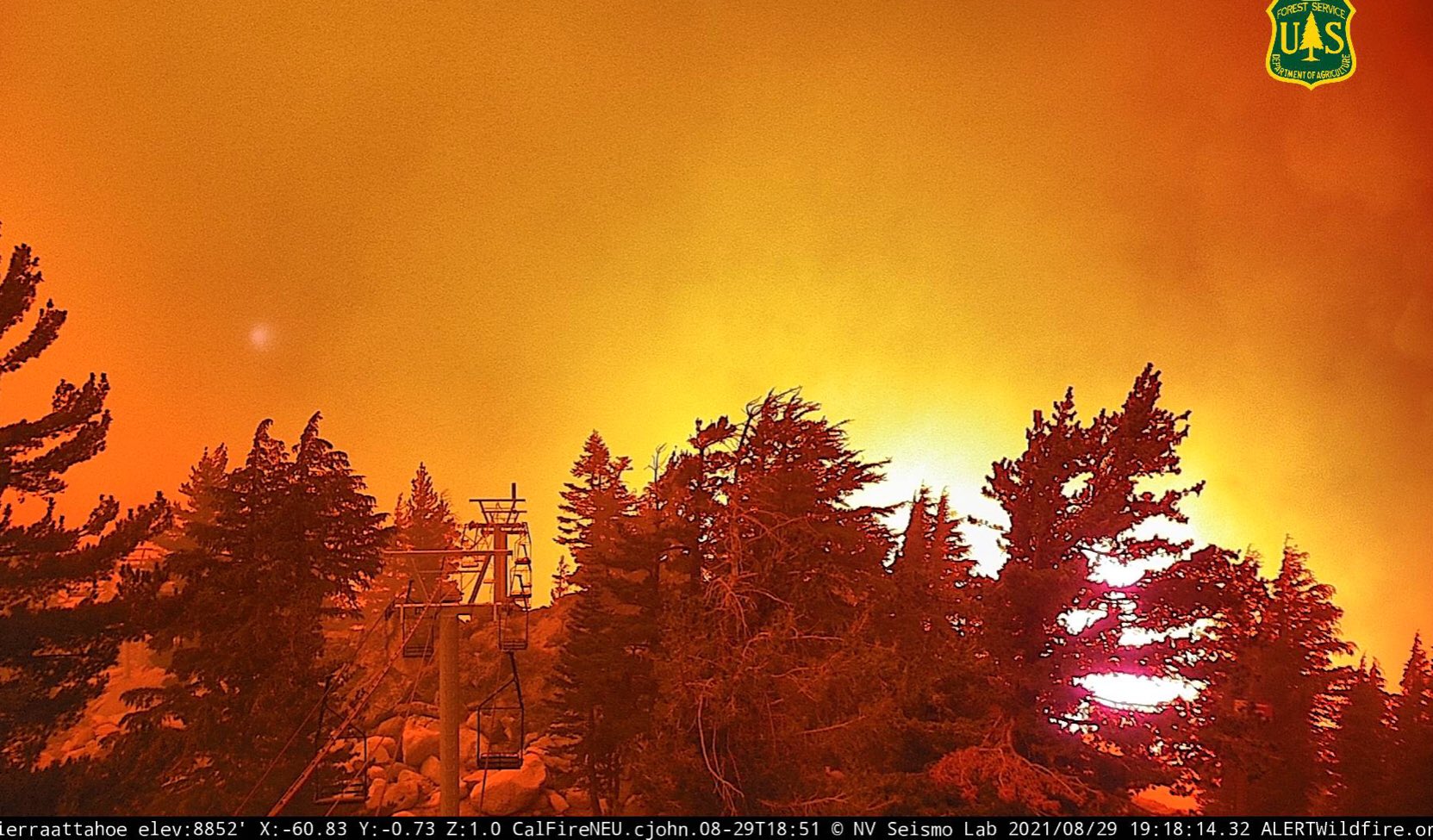 A Californian ski area that initially thought it had survived relatively unscathed when a huge forest fire passed through the property has now reported than most of its lifts were damaged in the blaze, among numerous other issues.

Sierras at Tahoe ski area was one of three, along with Heavenly and Kirkwood, threatened by the huge Caldor fire which has now been burning for nearly two months and has extended to well over 200,000 acres.

The battle is ongoing but the fire has so far been contains away from Heavenly and Kirkwood but burned through Sierra At Tahoe. The resort had taken mitigating measures ahead of the fire arriving, including spraying buildings and lifts with water from snowmaking cannons to dampen them down.

Initial reports suggested only a vehicle maintenance shed and had been destroyed but more than a month after the fire hit the resort has now found that six of its lifts have been damaged to varying degrees, other issues include numerous fire damaged trees needing to be removed.

“What we now know is that there is more damage to the resort than was initially thought. A significant number of trees were weakened by the fire, some of our chairlifts have sustained damage, and other infrastructure requires repair. Already, a tremendous amount of work has been done along Sierra-at-Tahoe Road to remove fire weakened trees, and engineers are making progress in the effort to repair affected lifts,” a resort statement reads.

Currently the resort is uncertain whether the damage will impact their 21-22 ski season’s opening later this autumn.