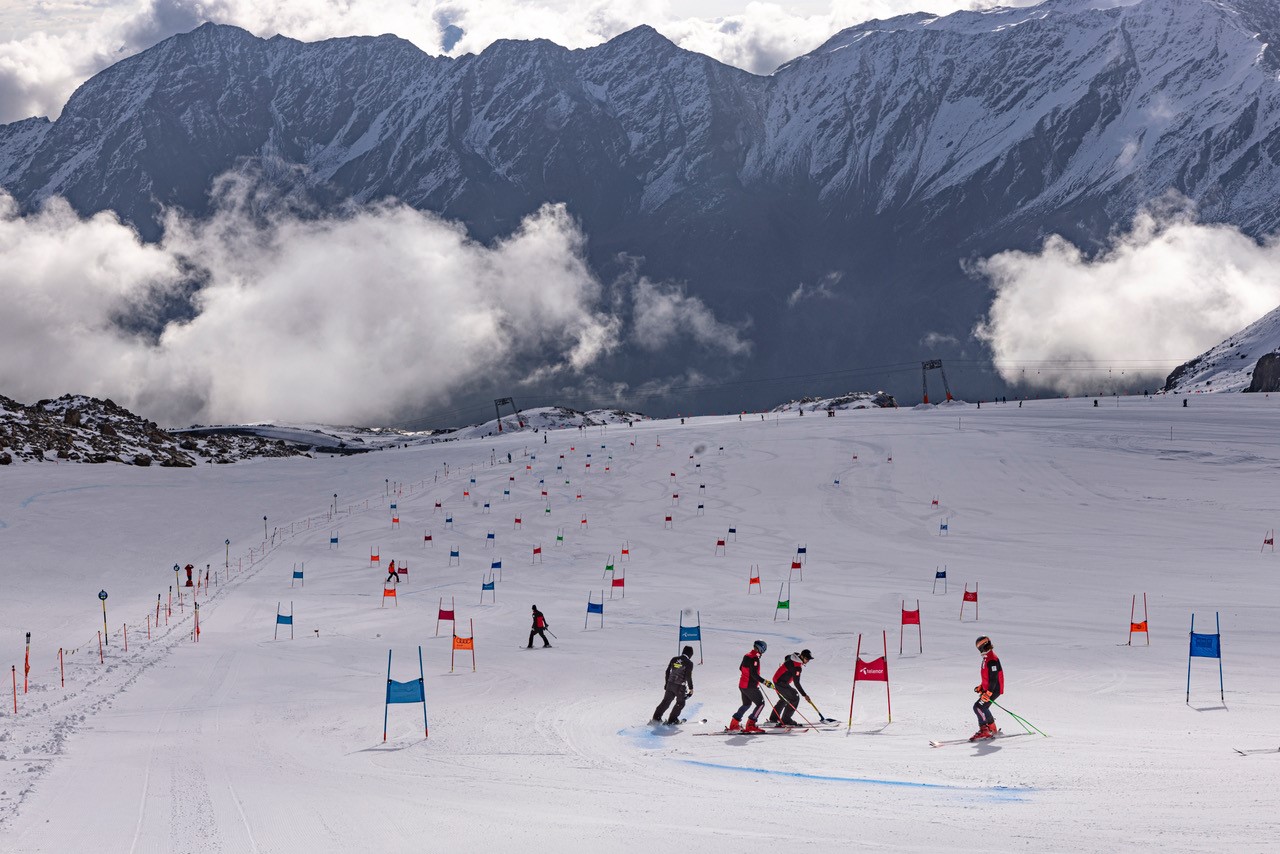 Hopes of not one but three FIS World Cup tours kicking off this month have had a setback with homes that the World Cup Ski Cross and Snowboard Cross tours would be able to begin in France later this month now ruled out with events postponed or cancelled due to inadequate snow cover on the glacier.

The longer established start to the Alpine tour at Sölden is officially go for the coming weekend with GS races given the greenlight International Ski & Snowboard Federation (FIS) and the Austrian Ski Federation (ÖSV).

The third planned October World Cup races due to take place on an all-new high altitude cross border course between Zermatt and Cervinia crossing the Swiss Italian border, with four races planned on the final weekend of October and first weekend of November, are currently officially “on” too. Previously the ‘speed tour’ has begun a month later in Lake Louise and Beaver Creek in North America.

At Sölden the slope is said to be in good condition for a World Cup weekend, with a favourable weather forecast as well. In the past the race has had to be cancelled some years due to too little snowfall ot heavy snowfall on race day.

A women’s giant slalom race is scheduled on the Rettenbach glacier racecourse this Saturday (October 22), followed by the Men’s competition on the Sunday 23rd.

Snow cover is thin on most of Europe’s glaciers after a low snowfall winter 21-22 was followed by record warmth in the summer but it has been mostly around freezing with some light to moderate snowfalls on glaciers over the past month and around a dozen are now open.

However les 2 Alpes and Tignes, the two French centres that had hoped to open this month have both postponed doing so. Tignes says it will still open as soon as it has enough snow while Les 2 Alpes says it won’t now open for skiing and boarding until the main season start, but will offer mountain biking and other activities to visitors in October and November.