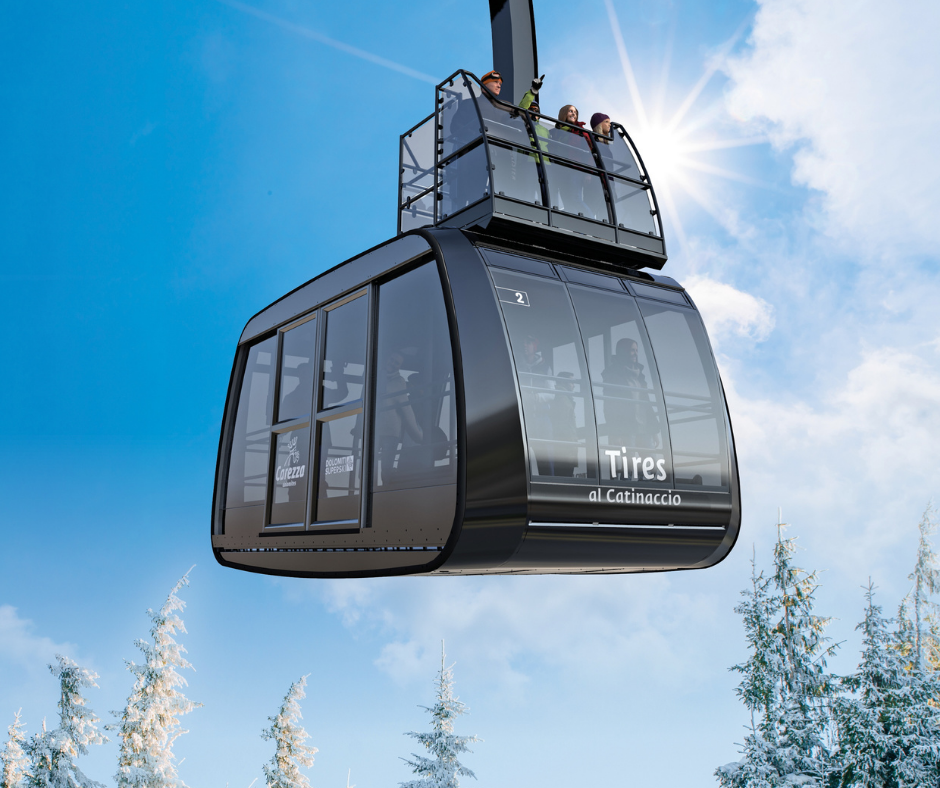 Italy’s Dolomiti Superski resort has become the latest to unveil a cable car with an ‘outdoor balcony’ where users can stand and ride up in the open air if they wish.

Describing the new lift at Carezza as “a one-of-a-kind convertible cable car,” Dolomiti Superski say it is nearly 4km long, climbs 644 vertical metres in seven minutes connecting San Cipriano with Fromm Alm and has a capacity of 60 people.  Those on the ‘balcony’ will have an uninterrupted view of the stunning scenery of the Catinaccio.

The lift is believed to be the third of its kind following similar installations on cable cars at the Dachstein glacier in Austria (above) and on the Grande Motte glacier at Tignes in France (below).

The new cable car, which also has a base station in Carezza located underground to minimise environmental impact, and is due to start operating on 15  January 2022, is one of a number of new and upgraded lifts opening at the resort this winter.