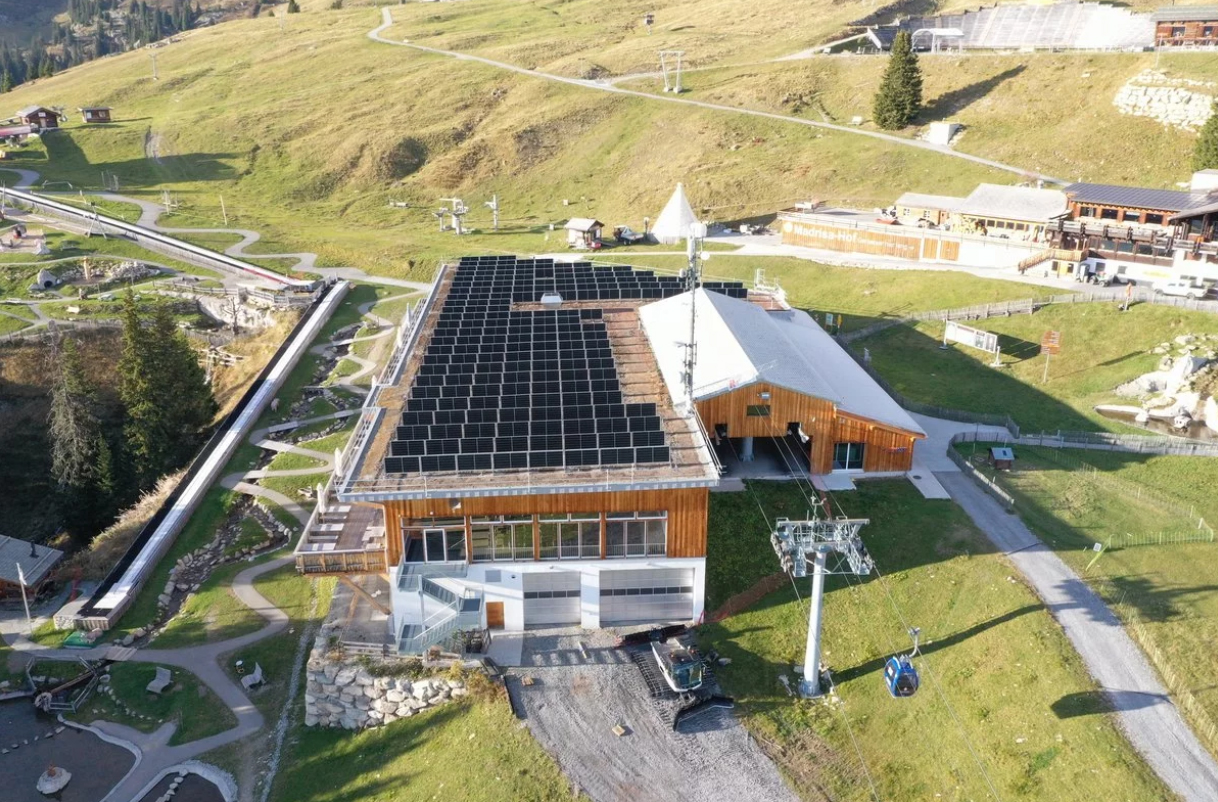 The Klosters-Madrisa Bergbahnen lift company AG has announced that it will be building new photovoltaic systems on the roofs of its Madrisa-Alp and Schaffürggli chairlifts.

“The topic of energy is currently occupying the mountain lift companies, especially in times like these, when electricity is becoming more and more expensive and scarce. We as a company have to rethink more and more and invest in technologies that make it possible to produce and secure resources more sustainably,” says Thomas Steinmann, CEO of Klosters-Madrisa Bergbahnen AG, “For this reason, Klosters-Madrisa Bergbahnen AG is particularly determined to produce more and more of the energy it consumes, doing so in an environmentally friendly manner in the future.”

The new solar energy plant will produce 210 kilowatt hours of electricity, roughly the equivalent to the electricity consumption for all the snowmakers on the mountain.

Photovoltaic specialist Franz Watschinger, of Rieder AG, Felsberg was commissioned to carry out the planning and execution of the work.

“This These first photovoltaic installations will bring the company a big step closer to its goal of investing more in sustainability in the future and are a starting signal for further future projects and thus more sustainability on the mountain,” a resort spokesperson said.

Energy efficiency and the production of renewable energy are also concerning the wider Davos Klosters Bergbahnen lift operator for the whole region.

They already produce renewable energy from their own hydroelectric power plants and photovoltaic systems, and at the same time have set themselves the goal of greatly expanding the production of renewable energy over the next five years.

As part of a master plan, 10 million Swiss francs are being invested in the construction of photovoltaic systems at 40 existing locations such as mountain and valley stations. In the small hydropower plants, DKB produces electricity for 200 family homes on the Jakobshorn.

Next year, construction of the small hydropower plant on the Rinerhorn will start.