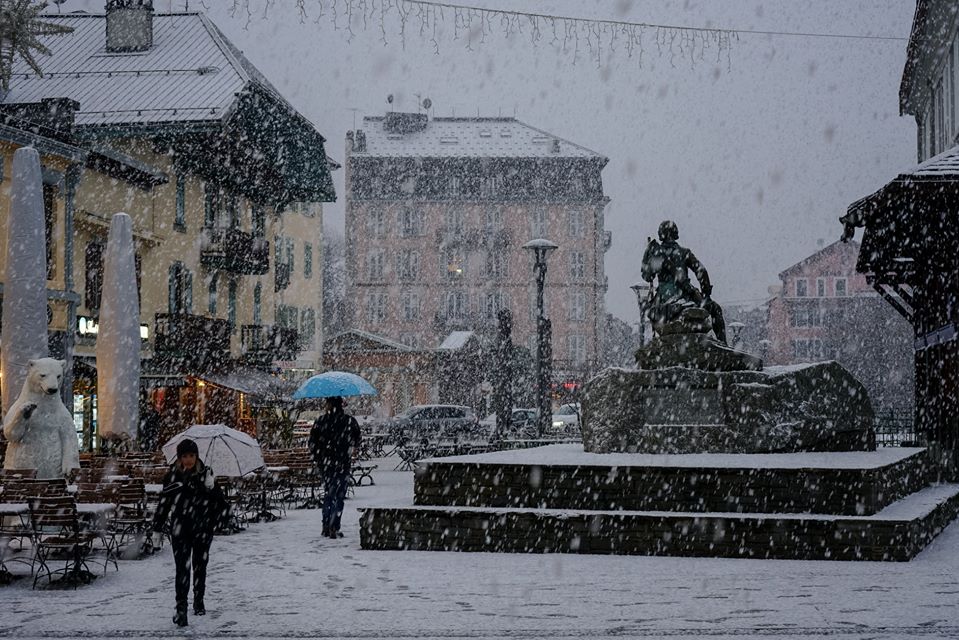 This week has started with heavy snowfall in much of the Alps after a fortnight with little or no fresh snow.

Snowfall totals of up to 70cm (28 inches) in 24 hours were reported on Monday/Tuesday transforming conditions after two weeks with little fresh snow in most areas.

Prior to the snowfall runs were getting hard packed with the best of the skiing above about 1800 metres, the new snow has brought fresh cover at altitude and snow cover down into lower mountain valleys reaching traditional village resorts.

The Gstaad ski area in Switzerland posted the biggest snowfall total with several other Swiss areas reporting more than 60cm (two feet) of snow in 24 hours.

In Austria the biggest accumulation was reported in the Arlberg region with up to 50cm (20 inches) above Lech, pictured below this morning, 40cm (16 inches) for St Anton.h

There was up to 30cm (a foot) of snow in the same period in France with ski areas in the Chamonix Valley (pictured top yesterday) posting the most new snow.

The sunshine has now returned in some areas with light snowfall continuing in others, but more heavy snowfall is forecast in the region this coming weekend.

There’s also been fresh snow across the Pyrenees with Spain’s Baqueira Beret posting one of the biggest totals at 30cm (a foot) of fresh.