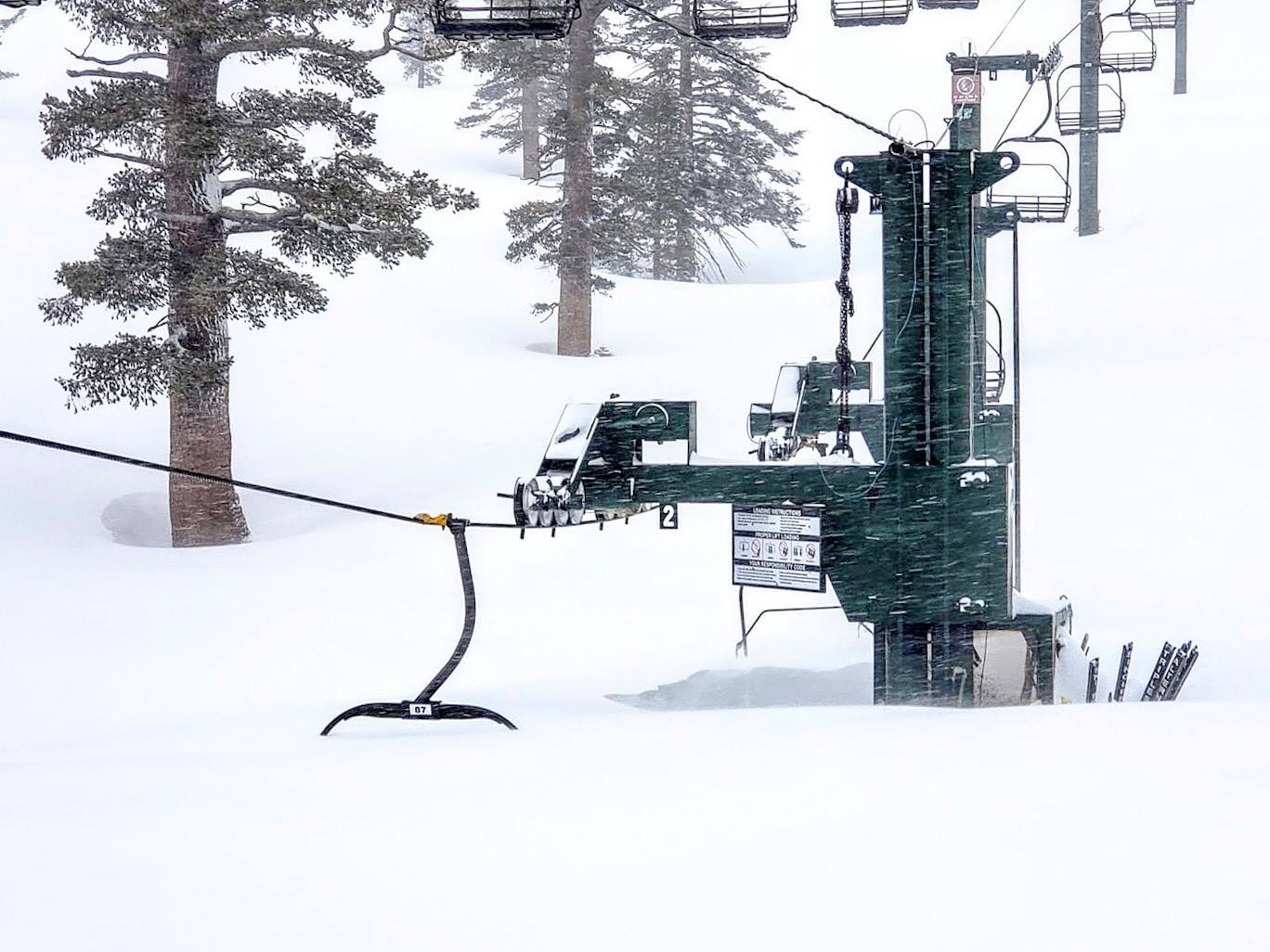 A massive winter snowstorm has brought huge snowfalls to the Western United States, particularly the Californian Sierras, where resorts have reported up to 3 metres (10 feet) of snowfall in total over the past four days – some receiving snow at a rate of more than a metre in 24 hours at times.

The snowfall was driven in on very strong winds, sometimes reaching over 100mph, meaning that there were severe blizzard conditions. Several resorts closed as it was unsafe to be outside, let alone on the ski slopes, although others stayed open throughout.

Mammoth Mountain, pictured top, one of the currently closed resorts, posted the biggest total of 3 metres (10 feet) of snowfall since Saturday on its upper slopes. It now has the deepest base in North America at 495cm (16.5 feet).

The heavy snowfall didn’t stop in California and has continued East.

Ski areas in Utah have reported heavy snow too with Solitude (below) receiving over a metre of snow (118cm/47 inches), whilst Jackson Hole received more than two feet (60cm) of snow in 24 hours on Monday/Tuesday this week.

The snowfall has now eased and resorts are re-opening with deep powder and blue skies waiting for the first skiers and boarders to get back on the slopes.

another snowstorm looks likely to hit at the weekend.