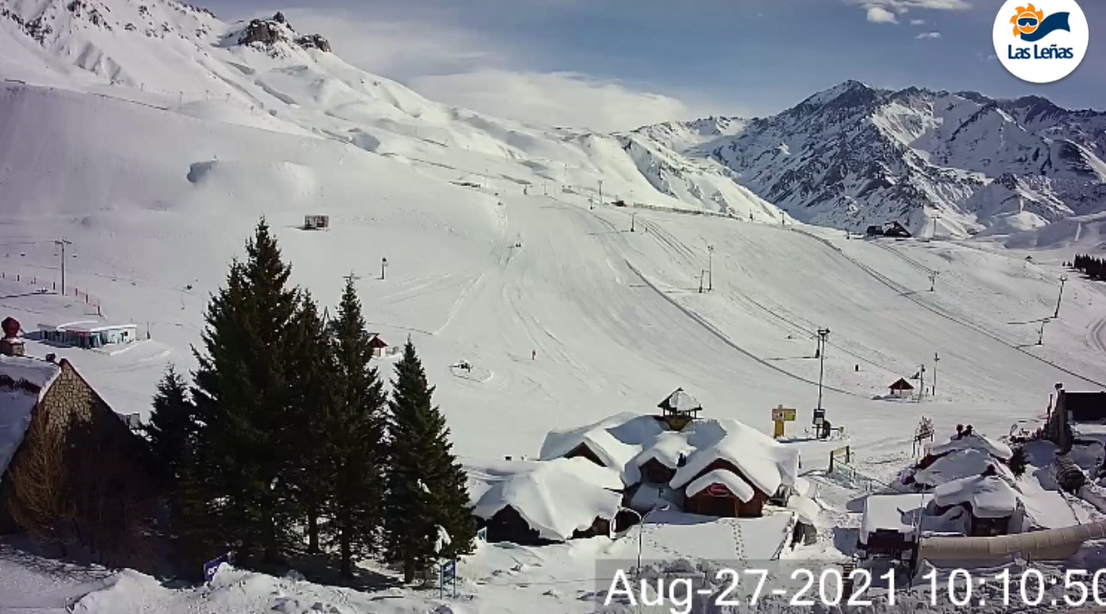 Most of the world, outside China, began shutting down for the first wave of the global coronavirus pandemic around March 2020, the end of the northern hemisphere’s 2019-20 season.

Most, except resorts in France, Germany and Italy and some other countries re-opened last season and more or less all so far hope to open for the coming winter 21-22.

But in the southern hemisphere lockdowns were already well underway when the 2020 ski season got underway.  Although most were permitted to re-open late in the season, August last year, some decided not to as it was too late hire staff and prepare slopes with limited income likely for the effort.  Instead they announced they’d definitely be opening in winter 2021.

But as we enter the final month of the southern hemisphere 2021 ski season, it unfortunately looks like two well-known ski areas in South America are set to miss their second successive ski seasons completely.

Las Lenas (pictured top this week) announced months before the 2020 season was due to begin that it would not be opening at all last winter. This year though anticipation was high and it teased its opening for months, eventually naming July 9th as the date at one point.  Unfortunately though drought conditions left the slopes completely bare of snow and this, rather than the virus, appears to be what has kept the centre closed instead this year.  There has actually been a huge snowfall, belatedly, over the past week or so, and the resort’s webcams show beautiful conditions and deep snow, but there are no updates from the resort or responses to enquiries and it appears at present that it may have decided not to open again this late in the season.  On the other hand they have been seen to have groomed their slopes, so maybe.

Portillo in Chile had also hoped to open and published a number of perspective dates but its main problem was Chile’s borders staying closed for international travellers, the bulk of its clientele. In the end it decided in early August it was now too late to open for 2021 even if restrictions were belatedly lifted and wrote off its second successive season.

South Africa’s only ski centre, Tiffindell, also appears not to have opened at all for a second successive winter. The southern African ski season traditionally ends at the end of August and the region’s other ski area, Afriski in Lesotho (pictured below on Saturday 28th), closes this Sunday.