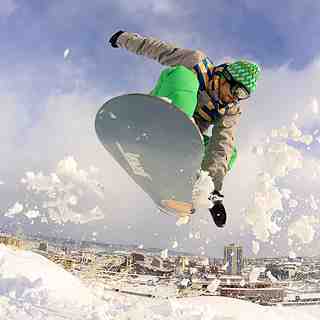 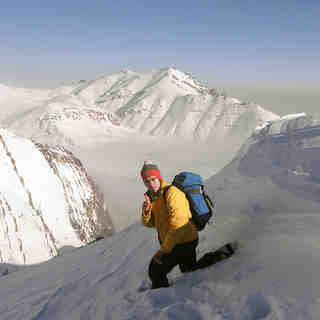 Welcome to our latest weekly summary of ski conditions with prospects for the next seven days from www.snow-forecast.com

A large anticyclone has taken up residence just west of the British Isles leading to the longest settled spell of weather for several months, if rather cloudy and not especially warm. The anticyclone should stay offshore until Sunday allowing moist NW air to continue to stream down its eastern flank towards the Alps. With low pressure over Italy, expect long cloudy periods with heavy and frequent showers, falling as wet snow above about 3500m - that's low enough to reach some of the higher glaciers at places like Zermatt. The week ahead should see the Atlantic anticyclone drifting steadily eastwards bringing increasingly warm and settled conditions to the resorts that are open for summer skiing and eventually warmer conditions for the UK too.

Typical spring conditions can be found at the Australian resorts right now with temperatures the highest they have been for several months. All ski areas have good base depths allowing them to tolerate some snow loss due to the present warm conditions. Right now, temperatures are about 6 degrees above freezing at the summits with 70Km/h NW winds. Temperatures should fall dramatically into Friday with snow showers down to about 1500m. The week ahead should see much lighter winds and  a another brief  period of much lower temperatures and snow showers on Monday before pressure builds over the continent. Expect very variable snow conditions - ranging from icy to soft and heavy, especially off groomed trails and lower down.

By its usual high standards, New Zealand has not had the best of seasons. It began remarkably cold (-20C in Central Otago), but generally too dry. Mid-season saw prevailing westerly winds bring very variable conditions with only occasional breaks from the cloudy and windy weather at the North Island resorts - some great days to be had, but timing was everything. Further south, where the Southern Alps take the sting out of westerly winds, the weather has been much more settled but there have been relatively few southerlies to freshen up snow conditions and some pretty poor snow
accumulations at some eastern club fields.

Unfortunately, the one really big snow event of the season which arrived a few weeks ago was accompanied by exactly the sequence of weather conditions that leads to an unstable snowpack and a severe avalanche risk. That system, which dropped over 3m of snow on the Main Divide left much of the famous Kiwi back country looking wonderfully inviting but treacherous. Many South Island resorts reported avalanches. It's been the kind of season where the informed travelling skier armed with an excellent value Chill Pass, would probably have had a much better experience than someone with a season pass who stuck to one of the main fields with the possible exception of Rainbow. After a slow start, it has offered some of the best conditions this year - south enough to be mostly cold, north enough to be exposed to the westerly weather.

Many resorts, including Rainbow, have seen fresh snow over the past few days mostly in the range 5-10cm but with Mt Potts reporting 30cm so far. Watch out for a brief spell of very strong and warm NW winds on Friday before it turns much colder. Beyond that, prospects for further snowfalls are excellent. We expect all resorts to see some new snow in the days ahead. In particular, watch out for a deep low forming off the east coast of the lower North Island on Tuesday. This should direct a very snowy SE flow at the eastern ranges from Otago to East Cape before high pressure moves in from the Tasman. If this goes according to plan, many resorts should see ideal conditions in a week’s time.

A good place to be right now is probably the northern high altitude resort of La Parva in Chile, not far from  Santiago. Not only do they have a 4.7m base, the most reported from any ski resort, but they received half a metre of power last weekend and presently have calm and sunny conditions. In the week ahead, we expect to see further heavy snowfalls and falling temperatures for resorts in the south of the Andes with settled conditions continuing further north at least until mid week.

On a site development note, thanks to everyone for their positive input on our new www.tide-forecast.com site for fans of water sports. Thanks also to everyone who submitted such amazing images for our 2008 Snow Forecast Calendar. Watch out on the site for a sneak preview of the some of the finalists.