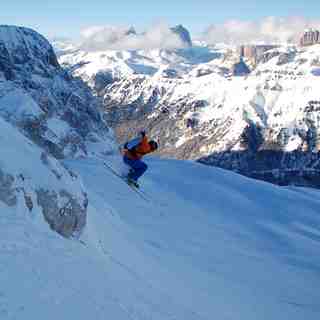 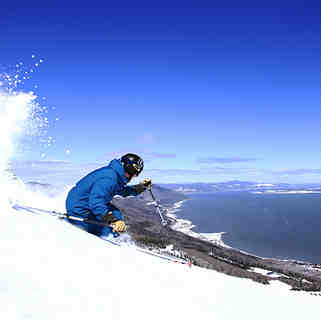 Welcome to the latest roundup of worldwide snow conditions for members, together with weather prospects for the week ahead from www.snow-forecast.com. You can also browse the entire archive of weekly editorials.

We are looking forward to a week in which weather patterns return to normal across Europe. Recent Atlantic fronts have not made much progress across the Alps with light snowfalls restricted to northwest areas. The good news is that things are set to greatly improve shortly as snow arrives at all but southernmost resorts. Best of the new snow in northern parts of the Alps and also over peripheral ranges like the Black Forest, Vosges, Massif Central and Jura. The cold northerly air bringing this change will also affect the British Isles.

Last weeks tentative forecast was quite accurate. A week ago, we predicted that a slow breakdown of the settled weather would lead to heavier snow across the Alps by the end of the present week. Many resorts in the northwest part of the French and Swiss Alps saw the first taste of new snow for over 3 weeks on Wednesday and Thursday and should see a similar fall on Friday night and Saturday morning. Although only 5 to 10 cm of snow fell mid-week, it must have been extremely welcome after such a long settled spell of weather. Some parts of the Alps will miss out on the weekend snowfall but in Austria and Bavaria, it should be heavy enough to make a big difference. Thankfully, Monday should herald more widespread snow, heaviest in northern areas, and at this stage, the only area that seems likely to miss out altogether is the Maritime Alps of France and Italy. Freezing levels hovering about 2000 m until Monday when the new snow should be accompanied by plummeting temperatures and a return to winter conditions for the rest of the week. It's not all good news because the snowy weather will be accompanied by strong westerly winds and we don't expect there to be very much sun about north of the main Alpine divide.

The Sierra Nevada have seen some snow, as forecast. This is at odds with the usually reliable SkiClub report on our site. After recent snowfall on Feb 24th, Sierra Nevada has finally opened the Laguna de las Yeguas ski area, increasing its number of pistes open to almost 75% of the resort's capacity and conditions high up are excellent whereas lower runs have spring snow. A mostly fine week ahead, so expect spring skiing conditions. The western Pyrenees have seen some new snow too, but Andorra has mostly missed out again. More fine weather is expected with little to no new snow apart from showers accompanying a spell of much colder weather on Monday.

The first of the expected colder air that has already reached Scotland and there has been new snow about on Thursday. Unfortunately, high winds caused most Scottish lifts to close and at Glencoe Mountain Resort they were all closed. Wind remains the theme for the forecast as vigorous Atlantic depressions move close by. However, these will progressively drag in much colder air, and the result will be blizzards at all elevations and very little sunshine over the next 8 or 9 days. The good news is that when the weather does clear and the winds abate, hopefully after mid-week, Highland snow conditions will have been transformed.

It continues to be a good ski season in Scandinavia with consistently good skiing to be found. Even so, over Sweden and southern Finland, just because there have been good snow conditions does not detract from the fact that it has been one of the mildest winters on record – it's just that mild is a relative term at these latitudes and it has still been cold enough for mainly snow rather than rain to fall at ski resorts. In Sweden, they base the arrival of spring on the average temperature being above freezing for 7 consecutive days (which just happened), and the arrival of winter on 5 consecutive days below freezing, which did not happen at all in some areas this season!

Most resorts have received about 10 cm of mid-week snow and the prospect of low temperatures and further weekend snow means that once again we can recommend Scandinavia as a good destination. Right now temperatures are just cold, and by the middle of next week easterly winds will make it very cold but at least that will coincide with a break in the cloudy, windy and snowy weather.

Bulgaria has had another week of spring like conditions and no new snowfall. It looks like staying like this until mid-week when we expect a decent fall of snow with slightly lower temperatures to follow. There is much more weather action in places like the Tatras of Poland and Slovakia and the mountains that encircle the Czech Republic. Some resorts like Železná Ruda Špi?ák have fresh snow already but it will briefly become rather mild and wet before the main snow arrives until Monday night. This will be accompanied by strong winds and rapidly falling temperatures – cold enough for snow right down to the elevations of cities like Prague where it has recently felt warm enough to be spring.

Lebanon and Israel have given up the limelight following a return to normal weather conditions. Only light snowfalls are expected so the forecast is for more good spring skiing over the next week – the deep snow cover, a legacy from previous storms, should survive quite a lot of strong sun this spring and there is still enough time for another Mediterranean storm to bring a return to winter conditions. In Iran, the resorts are far higher and their location is much more snowsure. Shemshak is one of many resorts for which it seems difficult to obtain an English language snow report which is why we have come up with the next best thing: we can see from the Shemshak hindcast that they have had a very snowy season and that there was a fresh covering just two days ago. The forecast suggests that the next heavy snowfall begins on Tuesday.

Whistler Blackcomb have seen less mid-week snow than we expected and by Thursday the off-piste was described as tracked. Normal service will be resumed shortly – heavy snow on Friday and Sunday and then the prospect of several fine days in which to make it tracked again. Just perfect. Inland, resorts in Alberta have seen no new snow this week but it has been cold enough to preserve the old snow. New snow is expected, but it will be of a showery nature and so quantities are rather difficult to predict. Staying well below zero.

The Tahoe area saw the deep snow that we expected on both sides of the California Nevada border. Something like 50 cm fell in the ski resorts and about half that fell on highways and at cities like Reno where it caused some disruption. This snow cleared from low altitudes once the spring sun got to work – at Reno (about 1300 m), temperatures on Thursday reached 17°C (63°F) and it was spring-like at the resorts too (11°C or 52°F about 1900 m by the big lake). Apart from some possible weekend snow showers, plenty more mild and sunny weather in the next 7 days so aim high to find the best conditions.

In Colorado, it will stay much colder and the light covering of snow from two days ago will be added to by further light falls over the next seven days. A pleasant mix of light winds, occasional snowfalls and some sunny days. Similar prospects for Utah following a week of nearly constant snowfall that has made for great powder conditions high up. It's warm and sunny in Salt Lake City on Thursday but Saturday sees snowfall and a return to much colder conditions.

As expected, more northern states like New York, New Hampshire and Vermont have seen a lot of fresh snow – in fact it has almost snowed continuously over the ski resorts for a week. Outside of the resorts, unusually heavy falls have caused a lot of disruption. Attitash in New Hampshire received 36 cm of fresh snow on Tuesday. On Wednesday another storm dumped over a foot (30 cm) of snow across New England and the summit station on nearby Mount Washington still reported blizzard conditions on Thursday morning, though at most places snow had cleared. Saturday looks very snowy in this area making Sunday and Monday good prospects for skiing during a brief window of fair weather. Watch out for a mild and potentially wet spell mid-week from about here south before much colder and snowier weather returns on Wednesday night.