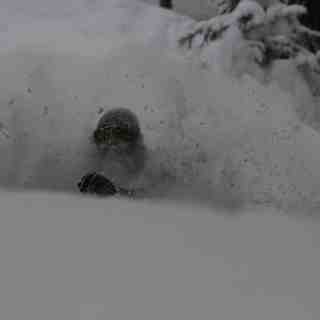 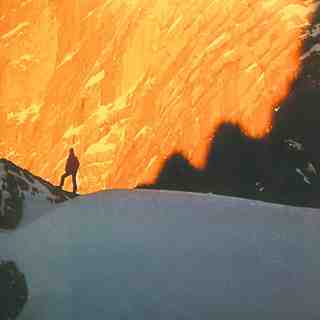 Welcome to the latest roundup of worldwide snow conditions for members, together with weather prospects for the week ahead from www.snow-forecast.com

The European Alps are amongst several ski regions that are facing a spell of settled mid winter weather, leading to a briefer and simpler weather synopsis than usual. We have taken this opportunity to make a few important site announcements for members.

At snow-forecast.com, we have an ongoing commitment to improve the usefulness and scope of our services. Income derived from memberships has been the primary means by which we have funded ongoing development of our website, including the purchase of additional dedicated web servers and data processors. We are enormously grateful to everyone who has signed up. Thanks to your support, we plan to offer several major improvements. The first of these is available right now and we will announce the others in a week or two.

Hindcasts are now available exclusively to members using the historical snow tabs [click here for an example]
Hindcasts allow members to check what our models think the weather was like in the past at more than 2100 ski resorts. They are compiled from forecasts for the next 6 hours, updated every 6 hours, which means they are constructed from the most accurate part of each weather model. Using hindcasts, you can check what our models thought the weather was like in a particular resort during the weeks before you visit and predict the probable condition of the snow when you arrive (fresh powder, spring, wind-slab, re-frozen etc), even if there is no actual report. As the archive of hindcasts grows (it was initiated on December 25 2007) it will become possible to compare conditions over progressively longer timescales, say from one year to the next. Apart from helping you decide what kind of equipment to take, we envisage the following used benefits:
We are confident that this will become an enormous resource and welcome any feedback or suggestions.

I am pleased to report that we offered 10 days warning that last weekend would be unseasonably warm in the Alps. Luckily, the forecast for snow on Tuesday/Wednesday was also correct and to a large degree this fresh snow undid much of the damage caused by warm days, strong wind and frosty nights. Typically, 10 to 30 cm of snow fell at most northern resorts – just 5 to 10 cm to favoured Italian ones. Where the new snow was deep enough to bury any crust, conditions were excellent yet again. A weakening front is drifting down from the NW on Thursday night, bringing another fresh covering to more northern slopes on Friday morning. Otherwise the main theme of the forecast is one of sunny and settled weather, especially in the west, where pressure will be highest. We are hopeful that the anticyclone will retreat westwards in the last days of January, allowing a disturbed and often snowy NW airstream to develop – as usual, Austria is least vulnerable to the forecast changing.

As expected, it has been warm and sunny in Andorra and the rest of Iberia this week. Typical conditions are frozen solid first thing and slushy in the afternoon. Sadly, the forecast is for more of the same for the next seven days. High pressure should have retreated sufficiently westwards to allow snowy NW winds to arrive around February 1st. Once again, Andorra will see less snow than resorts in the western Pyrenees. Near Grenada, the Sierra Nevada are having a winter to forget – the only positives being the endless sun and the fact that the air is cold enough for snow-making. We have not had any reports of fresh snow since January 3rd, and high pressure means that it could easily be February before the next snow falls. In its defence, there have been several poor Alpine seasons; notably the late 1980's and early 1990's when the Sierra Nevada was the place to be – its fortunes often seem to run counter to the resorts of the rest of Europe.
Scotland

We got it slightly wrong when we predicted that it would have turned much milder by now. Instead it remains very snowy and very stormy at middle and higher elevations with severe westerly gales expected to last until Tuesday. It will remain warm enough for rain and sleet on the lower mountains throughout, and becoming very mild at the summits too on Sunday. We expect it to become colder and much snowier again from Wednesday.

Norway and Sweden were our recommendation for European skiing last week and as long as you don't mind short daylight hours it probably was ideal. The next few days will again see a lot more snow, but often breezy too and no real weather windows for making fresh tracks off piste until Tuesday. The mild air passing over Scotland will arrive here a day later (Monday) but it will have cooled down a bit by then and so the warmest it gets in Scandinavian resorts will be temperatures hovering around zero at more southerly places like Geilo on Monday.

Last Thursday's forecast was spot on – settled weather with just light snow on Tuesday for Bulgaria and heavier snow for the Carpathians. That was certainly good for the pistes at Bansko but not sufficient to improve the off-piste very much. This forecast is a bit better – bitterly cold with light to moderate snow on Sunday and Monday accompanied by strong NW winds – then sunny with much lighter winds for the rest of the week. A rather similar picture for Greece too. To see heavier snow, you have to travel even further away from the big anticyclone over Western Europe. To some extent, this means Turkey and especially Israel and Lebanon. Even the 1900m high Troodos mountains of Cyprus will see very heavy snow on Monday night at the little resort of Mt Olympus.

Following the record breaking cols and snowy winter weather over Iran and its neighbors, this week it is the turn of the Mediterranean part of the Middle East to see a taste of winter. Sunny and cold at first, then very snowy on Tuesday night and Wednesday on mountains bordering the eastern Mediterranean, not just at the high Lebanese ski areas, but also at Mount Hermon in Israel – a very popular holiday destination that is nevertheless far from snow-sure.

It doesn't seem to matter what the Pacific weather pattern is, the West Coast of Canada seems to be incredibly snowsure and the two mountains of Whistler and Blackcomb are seeing another bumper season (last season was 30% up on average, this one looks even better). Friday morning looks sunny, but apart from that a very snowy outlook once again with Saturday night seeing the heaviest fall. Cold too.

The low pressure over the Rockies that we mentioned last time has only just slipped away to the north east. As expected, it brought a lot of snow to the American Rockies. With a base of over eight feet and annual snowfall for this season at 302", legendary Jackson Hole in Wyoming has almost reached last year's total snowfall with the resort’s season not yet halfway through expect bitterly cold temperatures and almost continuous snowfall over the next 7 days.

With pressure falling again, this pattern will be repeated right across the American Rockies. Thursday lunchtime is cold (-3°C) around lake Tahoe with a stiff southerly breeze, but at least the sun is shining and the snow is good. Make the most of it. The sun will be gone by Friday as a Pacific storm ushers in a very snowy weekend with just a brief respite before more snow arrives on Tuesday.

Most Eastern Canadian and Appalachian resorts in the USA saw welcome new snow on Wednesday and Thursday although parts of Vermont and New Hampshire missed out – some places there like Attitash Bear Peak have not seen fresh snow for ten days. There is a little light snow around on Thursday and temperatures are very low. Watch out for one of those notorious East Coast warm blasts on Tuesday. It should be brief, but if it rains low down as expected, any resort elevation snow seems likely to freeze on Wednesday.