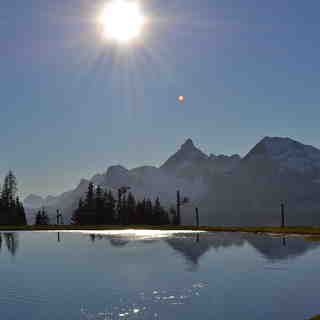 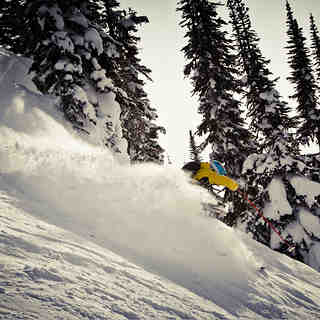 Welcome to the latest roundup of worldwide snow conditions, together with weather prospects for the week ahead from www.snow-forecast.com brought to you in association with  Iglu Ski who are offering  two-for-one lift passes if you book a holiday through the thousands available on their website.

The Southern Hemisphere winter season is over - unless you happen to be at Broken River in New Zealand where they continue to enjoy unusually good late spring skiing. Meanwhile, a blocking anticyclone sitting over Western Europe isn't good news for the Alps or Pyrenees, but offers much better prospects for Scandinavia and Eastern Europe as moist Atlantic air gets diverted around the top of it and down the Eastern side. Early season snowfalls in Austria mean that Schladming has opened a month earlier than usual - Austria in particular has got off to a good start this season.

I was at Broken River on the South Island of NZ three months ago - back in what should have been mid-winter. The local area had just received a dump of snow, following what had been a decidedly mediocre season that far. It was so poor in fact that nearby Temple Basin had already abandoned the idea of opening in 2007 at all. When the lifties and clubbies at Broken River enthusiastically assured me that they would stay open as long as long as there was skiing to be had, nobody imagined that could be November or even December. The snow gods must have been listening and decided to call their bluff by delivering several heavy falls at the usual tail end of the season. They are open once again this weekend: if you are in Christchurch - head on up. My only concern is that such a long season on the hill, relentless partying may be taking its toll on the health of the resident lifties - even in July they were already referring to the place as Broken Liver! Fairly mild with good spring snow conditions at the weekend before another cold spell dumps yet more snow on Monday.

Last week we mentioned that there was a chance that another depression over Corsica would spread snow further north than the Maritime Alps . In the event, Isola 2000 was about the northern limit of any new snow from this weather system. A weakening Atlantic front did bring a little snowfall to other parts of the Alps - just a few cm to the glaciers. Glacier resorts are mostly open this weekend and other high ski areas like L'espace Killy open on December 1st.
There is no doubt that the unsettled weather pattern in summer and early autumn was much more encouraging for snowfalls than it is right now. We have a huge high pressure anchored close to the UK and set to sit there for at least another week and probably longer. That's too close to the French/ Swiss Alps and Pyrenees to let in any snow-bearing Atlantic clouds. Expect a week of settled conditions with strong temperature inversions first thing - cold and foggy in the valleys, sunny on the mountains with hard snow conditions first thing. Weather systems will continue to track off the Atlantic, over Scandinavia and then roll down into Eastern Europe . Normally, we would expect such a weather pattern to quickly break down from the West but there are no signs of this happening. If anything, the blocking anticyclone is expected to drift back offshore allowing the cold northerlies to creep back as far as Austria . Things get interesting in about a week. Tropical Storm Noel, currently 200 or so miles East of Miami, is associated with a large pool of moist tropical air aloft. This is expected to quickly run along the American Atlantic seaboard as a deepening depression which will arc around the top of the blocking anticyclone - passing Newfoundland on Monday and reaching Scandinavia in about a week (check out the interactive Europe-wide map to spot this weather system). The British anticyclone looks like it will guide this moist airmass down through Eastern Europe where it will deliver significant snow. Hopefully, it will pull away further West than forecast so that the snowy air reaches the Swiss and French Alps too - even Scotland may benefit if this happens. Otherwise we don't expect snow to fall west of Austria with heaviest snowfalls in resorts further east than that.

Significant snowfall is expected for the Mountains of central Norway and Sweden, especially when the remains of Tropical Storm Noel cross the region in a week. Rather variable freezing levels leading to some rain and sleet rather than snow at times, and gales too. Consult the detailed forecasts before heading into the mountains.

High pressure anchored over Western Europe is always good news for the mountains of Eastern Europe because cold northerly air preserves the base and delivers regular falls of snow. If the present weather pattern prevails all winter, this would be another one of those seasons when low budget Eastern locations see more snow than the French Alps. That seems highly unlikely, but the week ahead should certainly see further snow for the Tatra, Balkans and more especially Eastern Turkey and the Caucasus . A few light flurries reaching the 3000m summits of Lebanon too - the first of the season there and a reminder that winter isn't far away.

The La Nina pattern took a break last week but the next few days will see a return as Pacific weather systems return to SW Canana and NE USA and Alaska . Expect spells of heavy snow at Whistler - just mild enough for rain to snow at the resort elevation. This snow will just about make it as far inland as Banff. Right now, the weather is very wet and windy around Anchorage in Alaska with strong easterly winds. Heavy snow falling nearby down to near sea level which is great news for skiers. Much colder air from Saturday should help stabilise the snowpack at nearby Alyeska resort - opening November 17th.
In the Lower 48 states the forecast is mostly settled for the week ahead. In Colorado, Copper Mountain and Keystone are set to open on Saturday the 2nd November following recent snow and Mammouth Mountain will open 6 days later. Arapahoe Basin and Loveland have about 50cm of snow including a light covering on Tuesday and both resorts offer limited skiing. Fine and cold this week - perfect for snowmaking.
In the Appalachians the most significant weather event to watch out for is heavy rain as the remains of tropical storm Noel pass by on Saturday. As it moves North, this airmass will run up against some cold air over Canada . Along the boundary, heavy snow will fall - mostly this will be inland of the Appalachians where the tropical airmass will be far to warm for snow to fall and some flooding seems probable. Tremblant is inland enough to see snow rather than rain but even at more coastal resorts heavy rain should turn briefly to snow before it clears away.   Best wishes,   Rob Davies ~ The Snow-Forecast.com editorial team