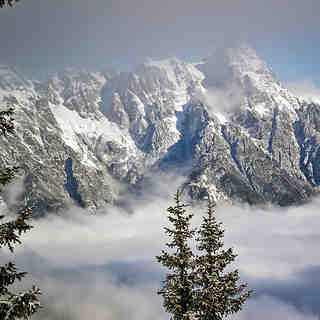 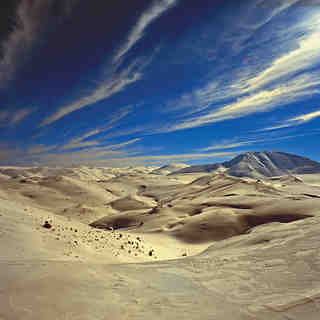 Welcome to the latest roundup of Worldwide snow conditions with prospects for the week ahead. From now on, the editorial will be a day later, to make it more timely for European and American readers heading away for the weekend.

Late October and late May are the nadirs of the skiing calendar. October is too late for much skiing in the Southern hemisphere resorts and too early for the Northern Hemisphere ones. At Snow-forecast HQ, in Wales, we give up on the idea of snow sports for a while and take advantage of the fact that this prime times of year for surfing. If you are a European skier/snowboarder who does likewise, I am sure that you are planning a weekend at the coast – conditions are already excellent at Europe's Atlantic beaches and the weekend prospects are better still with light or offshore winds and a strong groundswell running.

There is currently little obvious influence of the strengthening La Nina. This October has been a lot like October 2006, and that was an El Nino year.

New Zealand has endured another week of weather that is most politely described as "interesting" (in much the same way as you could politely describe the refereeing decisions of the All Blacks France game as "very interesting"). The weather has been horrendous, with damaging gales and widespread heavy rain. This has brought a mixture of rain and snow to the few ski resorts that remain open. Without a shadow of doubt, the happiest skiers anywhere in the world last week were at Broken River. They received almost 1.5m of snow over just a few days, including 45cm on Tuesday night. Kudos to the mostly Canadian staff and the local clubbies who have kept the facilities open for long enough to enjoy the best conditions of the season. Various heli-ski operations are also still offering access to the abundant white stuff – Alpine Guides of Methven and Mt Hutt Heliski are the closest ones to Broken River, while down in the Southern Lakes region, Harris Mountain, Back Country and Alpine Heliski are still running even though the local ski resorts have closed. Coronet Peak, the resort closest to Queenstown, has announced a huge investment in snow making facilities to help compensate for their relatively low altitude. Weather prospects for the week ahead are dominated by a vigorous depression diving across South Island on Saturday as it deepens. Gale force northerlies ahead of that low are not going to be much fun at Turoa and Whakapapa but on Sunday at least the rain will turn to snow. Cold southerlies behind the low will briefly sweep snow showers to just 500m in the South and East of South Island – good news for Mt Hutt. The remainder of the week looks like it will be dominated by disturbed westerlies, tending South West and eventually weaker South. Just as last week, the weather mix will include new snow but you will need to study the detailed forecasts if you are do make the most of the opportunities when the local weather is fair and the wind is light – Tuesday and Thursday currently look like they will be the best days on Ruapehu.

Ski resorts are all closed now. However, there is a decent base (1m) and fresh snow across the wide and high plateaus areas that are famous for spring ski touring. Temperatures have fallen more than 10 degrees in the past day, so expect hard snow conditions and thundery snow showers clearing. If you are up in the Snowy Mountains this spring, watch out for for attacking magpies. I was attacked once – it further confirmed my suspicion that everything in Australia is dangerous – during the nesting season, even their humble magpie would kill you if it could! Another weather front will cross the region about Tuesday evening and this will bring further snowfalls about the tops. High pressure to follow and quickly rising freezing levels.

Not a great deal of late season skiing on offer in the Andes. In Argentina, only Las Lenas remains open, while in Chile, Antillanca closes on Sunday. The week ahead brings some rather localised dumps of snow with westerly winds across the South of the region. Aconcagua and neighboring resorts like Los Pentientes should see heavy snow in Sunday. In the far South of Argentina, Cerro Castor tends to enjoy one of the longest seasons of any resort in the Andes There is just 15cm of snow at the base station right now, but there is still 1m or so at the top and they should have cloud and light snow for this weekend – the last of the season which is a shame because there is further snow forecast for the following week.

The unseasonal snowfalls of September are a distant memory now. Mild and sunny days last week mean that the snow-line has retreated back up to normal elevations. A low sinking down across Eastern Europe right now means that there is the prospect of light snow on the glaciers of Austria on Friday night. Snowy again on Wednesday night but with fine weather between and to follow. The second of those two snowfalls should extend much further west, even as far as Tignes, and down to an elevation of about 2500m.

The week ahead brings typical La Nina conditions once again – successive depressions running off the Pacific into the high mountains of SW Canada and NW USA. An especially vigorous storm on Thursday looks like bringing widespread snow to fairly low elevations. This kind of weather pattern will ensure that ski resorts in these areas will get off to a very quick start this winter and are probably a much safer bet for a pre-Christmas trip than anywhere else. The only downside to La Nina winters is that it tends to be pretty mild close to the coast with a risk of rain rather than snow at low elevations. At places like Whistler, and Mt Washington on Vancouver Island, you tend to get a mixed bag with deep snow at the top of the mountain but rain at times at the bottom that can make it slushy or icy at times on lower runs. Further inland, it tends to be all snow that falls.

We will be providing more detailed prospects for North American prospects from November 1st.