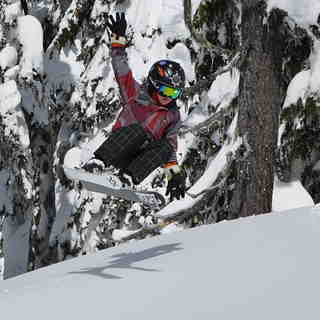 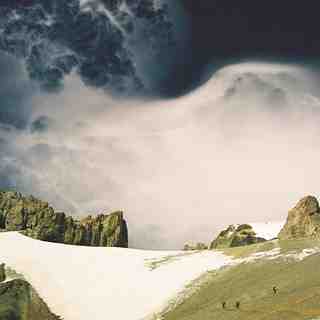 Welcome to another members update of worldwide snow conditions, together with prospects for the week ahead.

We currently have spring snow conditions across most of the resorts in the Southern Hemisphere and the number of resorts that have closed for the season in New Zealand has jumped significantly in the last week. Meanwhile, the Atlantic weather charts have taken on a distinctly autumnal feel with a succession of deep lows running through the gap between Iceland and Scotland. As we forecast a week ago, the icy northerly plunge behind one of these systems brought maximum temperatures of -3 degrees to the Scottish summits on Monday, accompanied by 80km/h winds and widespread drifting snow - it was the first blizzard of the season. There were very similar winter conditions across Scandinavia too and the cold northerly air briefly extended far enough South to bring further light snowfalls to the glaciers of Austria and Switzerland.

The Christchurch Press newspaper recently ran a very gloomy article in which it claimed that the 2007 ski season had been exceptionally bad. With local resorts like Mt Olympus opening late and Temple Basin not opening at all, it is easy to see why the Canterbury regional paper took this line. Even so, looking across all NZ ski areas, the statistics don't support this depressing picture and even locally Mt Hutt and Broken River have had a fair season with a few truly great days. Although 2007 hasn't been anything like as good as the 2006 El Nino year, you only have to go back to 2005 to find a season that was worse. Many resorts have had an average season - Rainbow in particular has had a good one. Last week several more resorts closed for the season which is normal for the time of year - Mt Lyford, Hanmer, Temple Basin, Craigieburn, Cheeseman, Porters, Mt Olympus and Mt Dobson are all closed now - about 25% of resorts. There is still great skiing to be found elsewhere. North Island resorts of Turoa and Whakapapa are confident they will stay open until late October and as always, deep snow above the lifts means that Ruapehu will offer superb back country days for the more adventurous until Christmas at least.

The next few days sees pressure falling and a complex low pressure area developing over New Zealand and the nearby Tasman. Initially, the air is warm - freezing levels are above 2000m and it's cloudy and miserable. As the low pressure transfers east and deepens it will draw in cool SE air in its wake. Freezing levels will quickly fall and there should be widespread fresh snowfalls at most resorts between Monday and Wednesday.

A few days ago I was trying to reconcile the snow report for Thredbo with the latest web cam image. Whereas the report suggested top to bottom skiing on a decent base, the camera suggested that resorts level snow was very patchy - nothing like the 124cm reported. I mention this because the apparent contradiction is a very common one that is not peculiar to Thredbo. The reason is that snowmaking has boosted snow depths on the lower pistes way below the natural levels and it is the snow depth on the piste that is quoted in the report. As more and more resorts invest in snowmaking, this creates a statistical headache. The problem is that snowmaking distorts the record and spoils any historical comparisons that date from before it existed. Be aware of this possibility if you find yourself concluding that ski resorts are seeing much more snow than they used to - it may well be mostly man-made and little consolation if you are an off-piste enthusiast. Comparing upper snow depths is usually a much more reliable indicator.

Australian resorts are subject to spring conditions right now. The new snow that fell last week didn't change much and it was soon back to mild weather and wet heavy snow by afternoons. Right now, they have a real mixed bag of weather in the Snowy Mountains following a front that is moving away to the East. Freezing levels are about 2000m (near the summits) but falling. There are rain, sleet and increasingly snow showers on the westerly breeze. Expect a clearance in time for the weekend and reasonable skiing. If you stay high and you may even be lucky enough to find some fresh snow from one of those passing showers. Becoming milder on Tuesday as pressure builds and a NW wind becomes established. The next cold front should be much more vigorous than the recent one when it sweeps in off the Southern Ocean in about a week. It's a long way off, but there is potential for a reasonable snowfall in time for next weekend. A few days before it reaches the Ski Fields, that same cold front may briefly manage a rare dusting of snow at the top of the remote Stirling Ranges of Western Australia - don't bother taking your skis - there is scrub almost to the summit, but if you are passing and see snow, please post any photos of this in our online gallery.

Last week stayed pretty cold across most Andean resorts and that has helped preserve the snow. With an anticyclone taking up residence over the nearby Pacific, the week ahead begins cold and slowly warms up. The only significant snow forecast is for resorts in the far South that are exposed to fronts embedded the Westerly flow around the bottom of the high pressure. Nothing too exciting, but I imagine most skiers down there have had such a great season that they are losing interest now anyway. It's a huge area so please refer to our detailed forecasts and reports for details.

There was more fresh snow on the Swiss and Austrian glaciers last week - nothing like the 70cm plus falls of the week before, but very welcome just the same. Typically 10cm in Austria and 2cm in Switzerland. High pressure will provide a few more sunny days with light winds before cold northerly air brings the possibility for another light fall of snow in the middle of the week. Once again Scotland and Scandinavia should also see another cold and wintry blast. Let's just hope this weather pattern lasts all winter and breaks the recent pattern of high pressure over The Alps and a mild SW flow for Northern Europe.