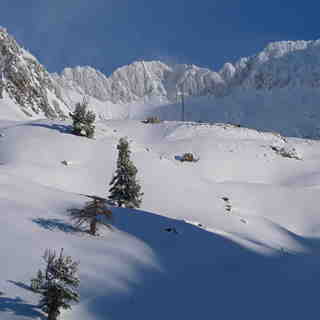 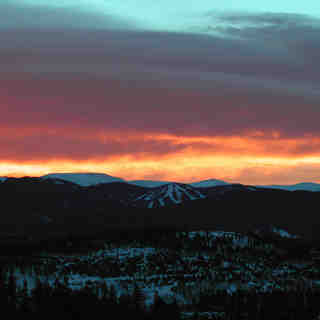 Welcome to another review of snow conditions with prospects for the next seven days from www.snow-forecast.com.

A few smaller southern resorts have already closed for the season. Tiffindell in South Africa closed on Sept 6th, and in New Zealand   Hanmer Springs has also closed this week. Temple Basin has abandoned the 2007 season without even opening. In general though, even smaller and lower Australasian resorts have deep enough bases to pretty much guarantee a few more good weeks. In South America , I guess they will just close when they get bored of the sight of the white stuff. As if to remind us that the Northern winter is nearly upon us, Hintertux in Austria received 55cm of new snow on Thursday and it is still snowing heavily over the Austrian Alps.

Last week we predicted that New Zealand would see a warm NW winds give way to heavy snowfalls on Tuesday. I'm happy to report that is exactly what happened. Better still, in the days before the storm, our resort forecasts were for 20cm to 30cm of snow at resorts in the Canterbury High country and from the reports, it seems that this was about right too.

Predicting snow depths right is notoriously difficult because the same volume of water can translate into very different volumes of snow according to the humidity and temperature - the ratio can be anything from about 4:1 for wet snow to 30:1 for the cold and dry powder that falls in places like Utah and the wind can be a huge factor too. Getting the depths even roughly right means that you have to be right about the precipitation, temperature and humidity as well. When snow showers are forecast, we don't even try.

Cold and clear air followed chased the clouds North and this has resulted in some great conditions in Canterbury and further south where the snow fell a day or too earlier. In fact, these are probably the best conditions of the season so far.

The week ahead in New Zealand begins fine and cold. A tropical depression has once again formed around New Caledonia but it should stay east of East Cape as it dives SE. Apart from providing fresh snow at Ruapehu on Sunday (with rain on the lower slopes), and the risk of heavy rain (yet again) further north, it will have little effect at other ski fields. Cloud and patchy rain and snow may extend as far south as Canterbury resorts on Monday, but that's all.  For resorts further south, staying mostly fine with just a few showers. Watch out for a strengthening NW from Wednesday that will cover most of the South Island by Friday.

There have been dustings of snow at most Australian resorts over the last week. Spring conditions are widespread with snow firm first thing and becoming heavy by afternoon.

Right now, a strong high over the Tasman is directing moist easterly air over the Australian resorts. It's generally overcast, and there is drizzle on lower slopes and a few snow showers about the top. Pressure is already falling over Western Australia and we expect a depression to form in the Bight and move quickly east with an attendant weather front reaching the Snowy Mountains on Monday. Ahead of the front, freezing levels will remain about the tops and any snow will be confined to peaks but as the front moves away snow showers should penetrate down to about 1600m. High pressure returns mid-week, but will only stay for 2 or 3 days so make the most of the weather window and any fresh snow that falls from this system.

Last week, our forecast called for an Atlantic anticyclone to move onto mainland Europe, pushing any cold and snowy air over the Alps away to the east. Luckily for Austria , this has happened a bit slower than we expected and the result has been an extra day or two of snowfall on the glaciers. Air temperatures are about -4 at 3500m which means that snow is falling down to about 2500m. High pressure is already well in control in the UK, France and Switzerland and the snow should clear at last from Austria during the weekend. This presents an ideal opportunity to experience some great winter conditions in September - head east and you will not be disappointed. There is deep fresh snow in Hintertux, Dachstein Glacier and Kaprun. High pressure should dominate the Alps over the next seven days, but watch out for another snowy northerly blast to follow. Meanwhile, if you can't get to the snow, you may be interested to know that a deepening and stationary mid Atlantic low holds some promise to direct a small but clean long period swell towards the beaches of Western Europe next week - for details visit our sister website surf-forecast.com.

With ski resorts strung along half of the longest mountain chain on the planet, the Andes always presents a difficult prospect for a brief editorial. Today is typically diverse - freezing levels are at 700m in Cerro Castor at the South, 4000m at Los Penitentes in the North but the relative altitude of resorts compensates for much of the difference in latitude.

In what continues to be an exceptionally good season for South America , you would be spoilt for choice right now. For example, on Wednesday 150cm of new snow was reported at Cerro Catedral in Argentina and there is the prospect of further snow through the weekend. Mild enough for rain rather than snow to fall at the resort elevation until it turns colder from Sunday. Chapelco received 60cm of fresh snow too and once again there is more snow forecast.

The weather pattern for the week ahead is especially complex as a small depression crosses the region before high pressure builds over the tip of the continent and directs cloudy easterly Atlantic at the Southern Andes for the first time this season with most snowfall expected at places like La Hoya and Las Lenas. Fairly mild temperatures right now will give way to colder air as the low passes and a rare settled period in prospect for resorts in the deep south.