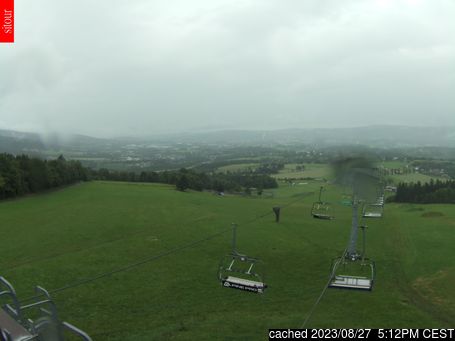 Our Snow Report for Obří sud - Javorník brings daily updates on the snow conditions, snow depths, piste and offpiste conditions and the number of open ski lifts. The latest Obří sud - Javorník snow report shown below was updated on 17 Feb 2020. Snow Reports are provided regularly throughout the ski season courtesy of our own network of ski resort managers, the Skiclub of Great Britain and Skiresort Service International GmbH. In addition to the current report on ski conditions, we also provide webcams (including a 4 week cam archive), current live observations from nearby weather stations and also historical snow data for Obří sud - Javorník.

Week 3 of February has on average:

It’s the best conditions this season, and equaling the best for the past few seasons, on Scottish ski slopes at present. An online post from Nevis Range ski centre advises, “The skiing is far too good to go to work today so call in sick now!” They add that their ski patrol report that the skiing is exceptional from their morning safety inspection. Nevis Range, 13th February 2020 Up to now Scotland’s ski season has played out in a similar fashion to recent years with some good snowfalls but then temperatures rising soon afterwards so the snow largely melts away making it difficult to build a base. This time though Storm Ciara kept dumping for four days and currently it

Find the best conditions for skiing and snowboarding near Obří sud - Javorník using our Snowfinder page.

Many skiers enjoy moguls and fast icy pistes but for off-piste skiers and free-ride snowboarders, fresh snow starts to deteriorate from the moment it settles. Wind, rain and periods of above-freezing temperature are the primary cause of the evolution from fresh powder to windslab, ice or slush. High altitude slopes that are shaded from the sun and sheltered from the wind preserve powder stashes longer after fresh snowfall. If the snow report mentions pockets of powder at Obří sud - Javorník, study the Obří sud - Javorník piste map in relation to the wind direction to determine the most likely locations.