Our Snow Report for Meraker Alpine Senter brings daily updates on the snow conditions, snow depths, piste and offpiste conditions and the number of open ski lifts. The latest Meraker Alpine Senter snow report shown below was updated on 26 Jan 2022. Snow Reports are provided regularly throughout the ski season courtesy of our own network of ski resort managers, the Skiclub of Great Britain and Skiresort Service International GmbH. In addition to the current report on ski conditions, we also provide webcams (including a 4 week cam archive), current live observations from nearby weather stations and also historical snow data for Meraker Alpine Senter. 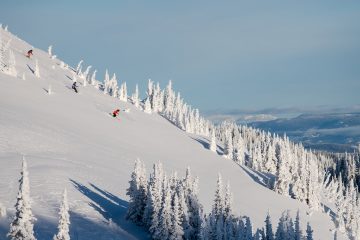 A survey of over 2,000 snowsports enthusiasts carried out on behalf of snowsports retailer Snow+Rock has revealed that more than a third (38 percent) have missed the benefits of snowsports to their mental health. 81 percent of respondents said they have missed the mountains more than a summer holiday and 94 percent say the pandemic has made them appreciate a winter sports holiday more. Mountain views and “the feeling of being alive on the slopes” topped the moments they most wished for. "We know that snowsports enthusiasts have pined for the positive impact of being on the slopes and that the current uncertainty is concerning, especially now that restrictions and cancellations are starting to impact holidays. We are all united

Find the best conditions for skiing and snowboarding near Meraker Alpine Senter using our Snowfinder page.

Many skiers enjoy moguls and fast icy pistes but for off-piste skiers and free-ride snowboarders, fresh snow starts to deteriorate from the moment it settles. Wind, rain and periods of above-freezing temperature are the primary cause of the evolution from fresh powder to windslab, ice or slush. High altitude slopes that are shaded from the sun and sheltered from the wind preserve powder stashes longer after fresh snowfall. If the snow report mentions pockets of powder at Meraker Alpine Senter, study the Meraker Alpine Senter piste map in relation to the wind direction to determine the most likely locations.