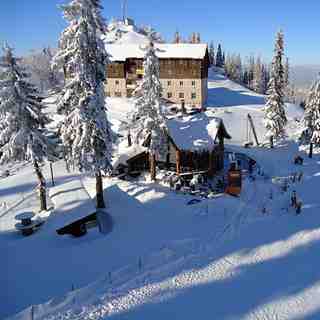 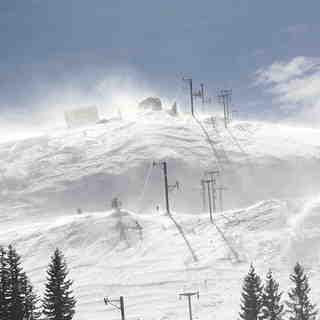 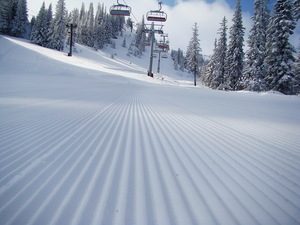 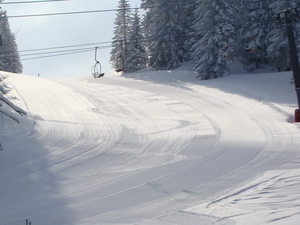 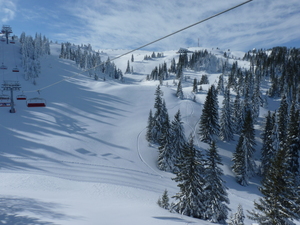 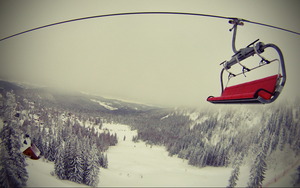 Jahorina has mainly intermediate skiing on its treeless slopes. Jahorina was used as a ski venue in the 14th winter Olympic games and is near Sarajevo (only 20km away.) 20km of pistes are served by an efficient lift system. There is a night skiing operation and fairly good apres-ski. Jahorina has a reliable snow record with a long season and 106cm average snow depth for February and up to 3m in some seasons. Cross country and biathlon at Dvorista, 4 km above the ski resort Jahorina. 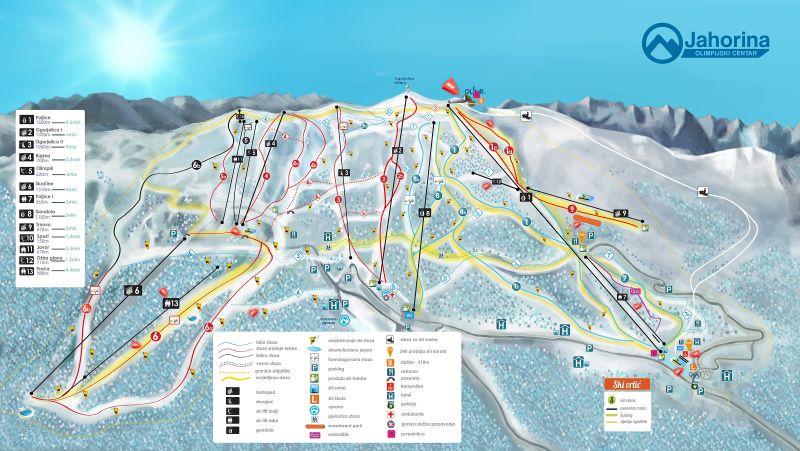 We expecting for season 2010/11 a new Snowmaking machines at the slopes Praca(Skocine).

7.3.2010 Last few days, we have great condition at the maintain and lot of snow at the slopes

Until wednesday we'll gonna have a great ski. Lot of snow, great slopes and sunny, about -5°C.

Resorts close to Jahorina include:

(Also see our detailed Weather Map around Jahorina, which will give you visual overview of current and future snow conditions)

We love Jahorina. We have skied there since 2004.
The resort has had a fair amount of money spent on it so most of the old chair lifts from the '84 Olympics have been replaced with modern 6 seater high speed ones.
The pistes are moderately maintained and there is a lot of safe off-piste to be had as well; recommend a guide if you want to take this option.
The accommodation round the resort is very good. Some are very pricey, some are left overs from the Olympics but there are great places for really reasonable rates. We've tried a number with our favourites being 'Hotel Board' for a half board package (great food) and Hotel Sport Granzov for apartments.
The lift passes are very cheap.
The ski tuition is awesome, including a former member of the Olympic team who has got to be the most patient person on the planet!
We use the ski rental in hotel Sport Granzov and the gear is great; they even have boots for my husband with size 14 (UK)/48 (EU) feet. They have kitted out my kids since age 4.
They have had some issues with lack of snow in early Feb recently so keep an eye on the cameras! It really is worth a visit & less than an hour transfer from the airport at Sarajevo. The bonus is, of course, you could look around the city too which is about the most fascinating place I have been to.

Read 2 more reviews of Jahorina or submit your own 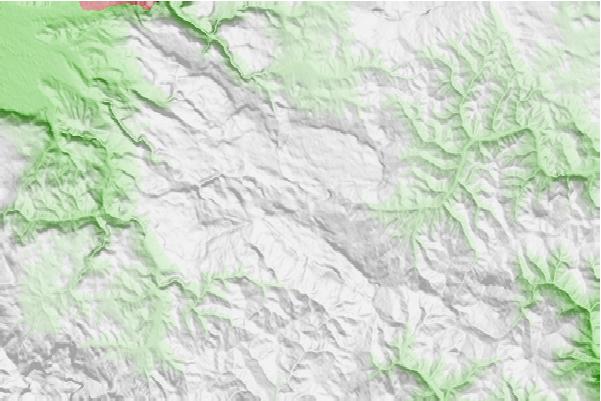