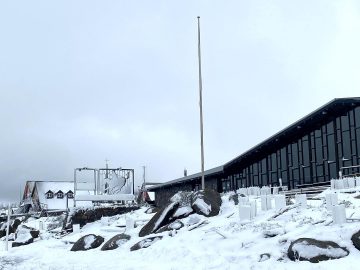 Ski resorts in Australia have had a coating of snowfall over the past 24 hours, during what is mid-summertime in the country. Resorts posted images and video on their social media channels saying they hoped the snow would go soon so they could return to mountain biking and summer hiking, but also noting it could be a sign of an early winter and to book 2023 ski holidays now. The ski season in Australia traditionally starts in early June, but sometimes ski areas open in late-May if there's cold weather and snowfall earlier than that. The season usually runs to late September or early October but Australian resorts also posted snowfall pictures through November and December last year, right to

Snow reports for resorts near Irwin Catskiing by Eleven

Find the best conditions for skiing and snowboarding near Irwin Catskiing by Eleven using our Snowfinder page.

Notes on the Irwin Catskiing by Eleven Snow Report

Many skiers enjoy moguls and fast icy pistes but for off-piste skiers and free-ride snowboarders, fresh snow starts to deteriorate from the moment it settles. Wind, rain and periods of above-freezing temperature are the primary cause of the evolution from fresh powder to windslab, ice or slush. High altitude slopes that are shaded from the sun and sheltered from the wind preserve powder stashes longer after fresh snowfall. If the snow report mentions pockets of powder at Irwin Catskiing by Eleven, study the Irwin Catskiing by Eleven piste map in relation to the wind direction to determine the most likely locations.