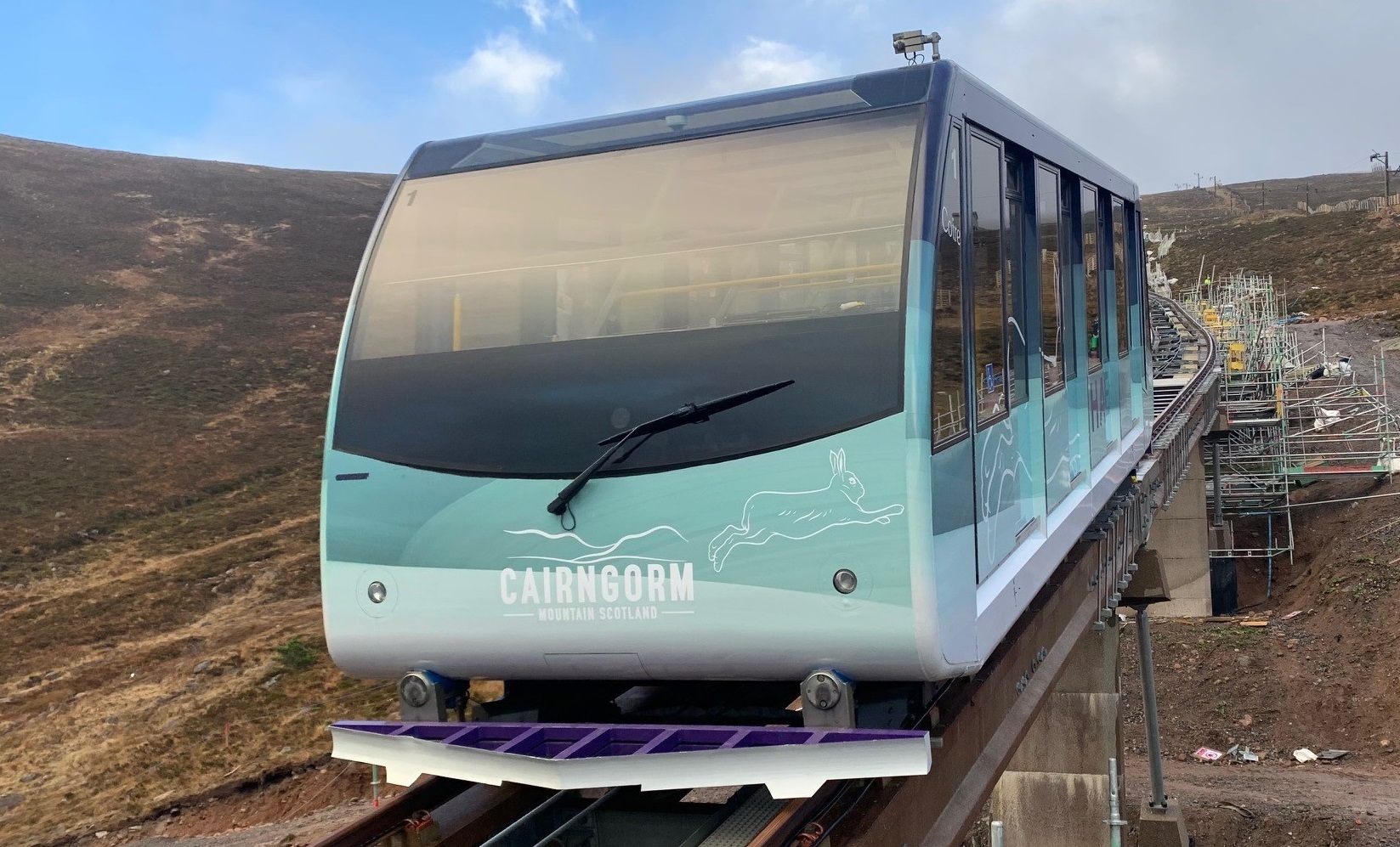 The long running saga of the funicular railway at Cairngorm ski area above Aviemore in Scotland is set to enter its latest phase with the railway line set to re-open on an as yet unknown date in early 2023, after four years out of action.

Contractor Balfour Beatty is reported to be nearing completion of the programme of works required to strengthen the 2km long viaduct and the focus now turns to engineers from Swiss company Garaventa/Frey, who are installing a new control system to ensure safe operations once the funicular comes back into service.

Over the coming weeks Garaventa/Frey will lay fibre optic cabling and test the system repeatedly in live conditions. This means that Cairngorm Mountain trains are using the funicular track again for the first time in four years. Testing is expected to continue into December. Safety certificates from the Department for Transport will also be required and HIE expects these will be obtained early in the new year.

A key attraction at the Cairngorm Mountain resort, the funicular opened in 2001 and was taken out of service in October 2018 following a safety inspection.  A detailed options appraisal then considered a range of actions – from removing the funicular altogether to replacing it with an alternative form of uplift – before recommending reinstatement of the existing structure.

In 2020 the £16.16m budgeted for repairs was slightly less than the estimated cost of removing the lift and track altogether. However the current bill for the works is expected to be “in the region of £25 million” by HIE, much more than removing it was estimated to have cost.

HIE note that the construction timetable had to be extended due to multiple factors, including  impacts arising from Covid and Brexit, and technical challenges which resulted in additional works needing to be carried out. Significant cost inflation in the construction sector and the weakness of sterling in international exchange rates have also delivered financial impacts, the public body says.

“The funicular reinstatement programme is undoubtedly one of the most challenging civil engineering projects currently taking place in Scotland,” said Dave Macleod, head of property and infrastructure with HIE, who explained, “Essentially, it involves strengthening a series of 94 interconnected bridges which are part of a 2km structure, each with its own challenges and at high altitude in a difficult mountain environment.”

HIE is currently pursuing legal action against the funicular’s original designer and construction contractor in the Scottish Court of Session, in a bid to recoup public funding.