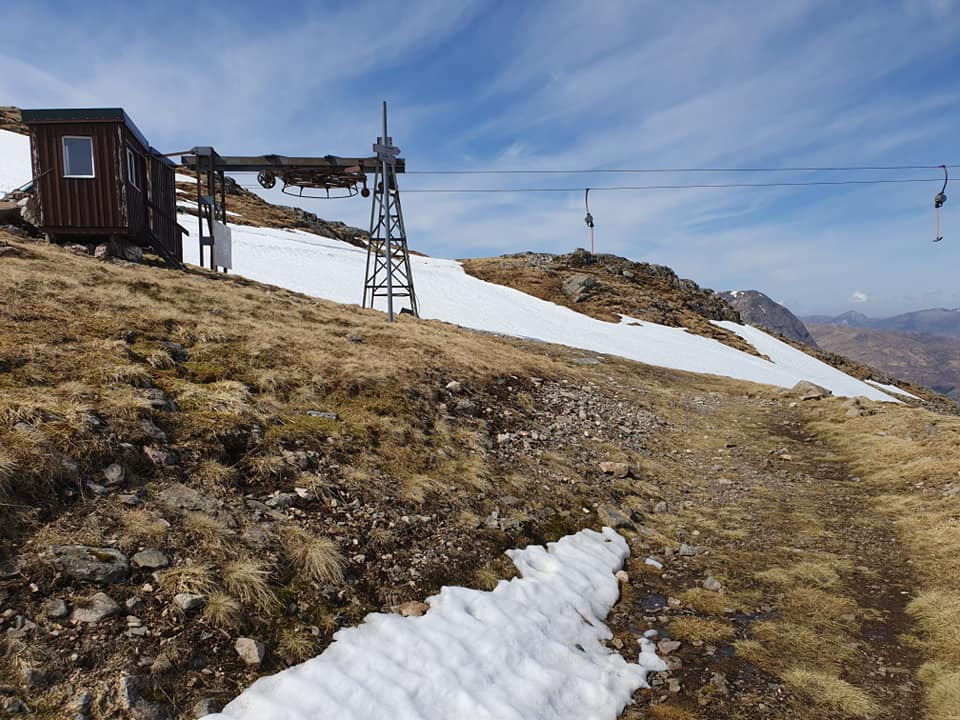 The last Scottish ski centre that had hoped to be able to offer some very late season skiing when Scottish centres are allowed to re-open to the public on Monday (26th April) has decided it won’t be able to do so.

“Sorry folks only ski touring or hiking for turns available from Monday when we re-open. Unfortunately while it will still be good for touring there is no longer a complete run back to the bottom of the Main Basin. Without the groomer having moved snow around during the winter lots of gaps are now appearing and the snow is currently too soft for the groomer to get around to move snow. Really sorry about that we had hoped to be able to offer some lift assisted skiing this year.”

Cairngorm Mountain, which had earlier said it would consider opening some ski slopes if it could from the 26th, posted a few weeks ago that it too had no ruled out opening any ski slopes.

Of the other three areas Nevis Range had also ruled out offering any skiing and Glenshee and The Lecht do not look to have any snow left.

The five centres reported some of the biggest snowfall and deepest snow for over a decades in January and February when they were closed due pandemic restrictions, but most of this snow has now gone over the past two months. Even two weeks ago Glencoe was reporting some good cover on higher runs.

All five centres have all-weather snowmaking systems which can be used to make snow even in positive temperatures but this only covers a small area and the centres have apparently decided it is not worth using their systems at this point in the year.

Some higher, sheltered mountains in Western Scotland do still have several hundred metres of snow covered vertical up high and ski touring is currently underway.