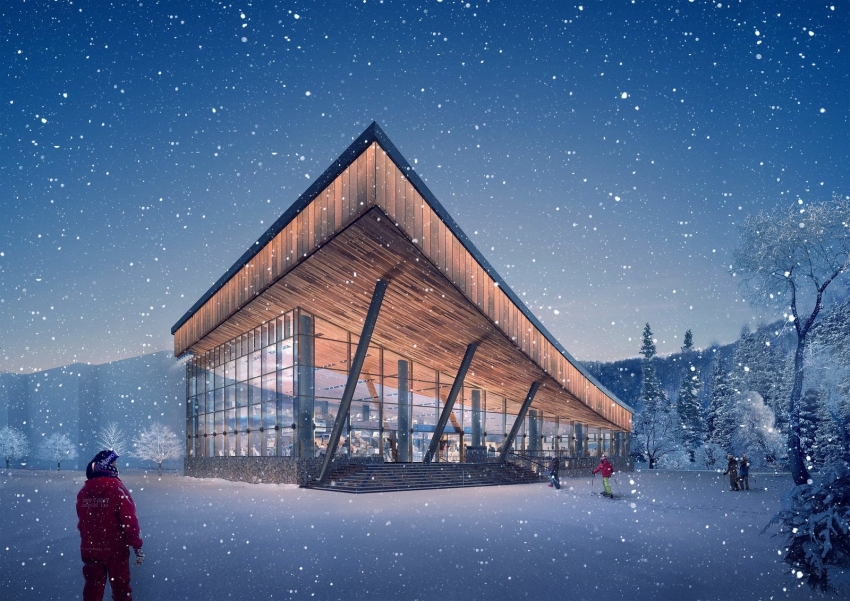 During the previously discussed ‘ski boom’ in the late 80s Japan there were some mind-bogglingly ambitious ski resort developments happening in the country, though some of the wilder ones were put to a halt by the economy slowing down in the early 1990’s. While snowboarding came to the rescue and kept numbers somewhat steady, generally the next decade or so saw an increasing amount of ski hill and ski lift closures around the country and news of the total numbers of people enjoying winter sports continuing to decline. Incredibly, at the peak of the boom there were over 700 individual ski hills throughout Japan. In 2019 that number now stands at around 500.

So after a long period of negative news it is encouraging to see increasing signs of new investment and ski resort developments in recent years.

Lotte Arai Resort (Myoko City, Niigata Prefecture) opened a few seasons back and although it was actually a redevelopment of an existing ski resort called ARAI Mountain & Spa – which had been closed for about a decade – it was still a major re-opening.

Mineyama Kogen Resort WHITE PEAK (in Kamikawa, Hyogo Prefecture) was another new ski resort opening, though on a much smaller scale.

Ishiuchi Maruyama (Minamiuonuma City, Niigata Prefecture) got its shiny new gondola/6-person hybrid lift last season. The new lift reportedly had something of a stop-start beginning with a few technical niggles. People generally seemed to like it even though it is certainly on the shorter side.

Nozawa Onsen (Nozawa Onsen Village, Nagano Prefecture) is set to get a brand-new Gondola next year – the 2020-2021 season – and apparently it will be based on the same technology as the Ishiuchi gondola, though details are unconfirmed. The new gondola is going to replace the current Nagasaka Gondola, though taking out the mid-station stop in the current setup. Nozawa Onsen is one of the ski resorts in Japan that is enjoying significant increases in the numbers of visitors from overseas every year.

Niseko (Hokkaido) has of course seen continued development for well over a decade now. New accommodation buildings, restaurants, bars and other facilities are continuing to appear every season… and they are often on the impressive and expensive side of the scale.

For the upcoming 2019-2020 season there’s some significant developments over at the Niseko HANAZONO area. A new Park Hyatt accommodation, a new base station building, and a new children’s facility are being built to open in time for a December 2019 opening. HANAZONO also have some changes to their ski lifts planned for the following season too…

And on the subject of ski lifts, some people visiting Japanese ski resorts from overseas do often notice how some of the ski lift infrastructure is a bit… old. Even in Niseko, which surprises some due to the contrast with most of the other infrastructure being so new and shiny! That is of course due to the fact that most of them were installed in the 1980’s and before that.

One other trend that seems to be picking up is the addition of ‘tree runs’ and ungroomed courses and it sounds like there are going to be more of those on offer next winter. There will undoubtedly be more ski resort news in the autumn months as we approach the winter season. I’ll let you know of any other significant developments.

Amongst all the news of ‘new stuff’, there are still a few ski hills closing down for good. Last season proved to be the last for the very small Oana ski hill in Minakami (Gunma Prefecture), and the small town-level Nunoba area of the Yuzawa Kogen ski resort in Yuzawa (Niigata) is also reportedly not going to be opening for the 2019-2020 season. While those areas may well have a long history and local fans, they are relatively small. Some people say that more of these smaller ones need to close for the good of the industry, though that of course is something of a controversial opinion.

Have a good summer.