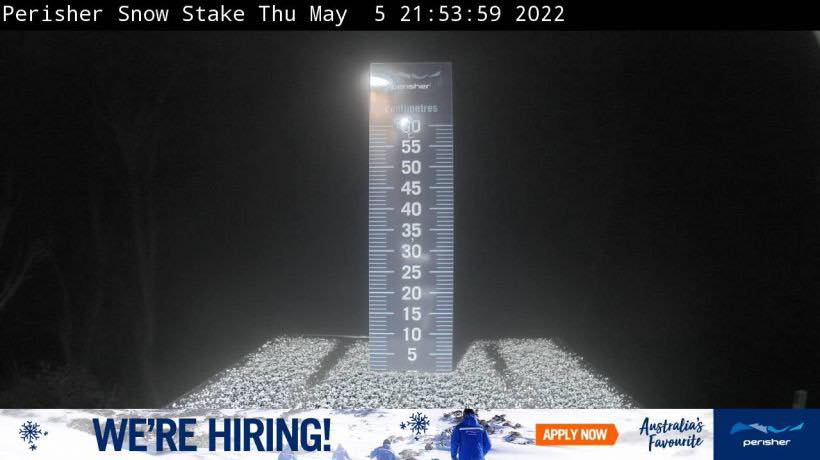 There’s excitement in Australia as cold temperatures have led to the first dustings of snow on ski slopes in Victoria and New South Wales.  The country’s 2022 ski season is just over a month away, all being well.

The country’s largest ski resort, Perisher, is reported to have fired up their snow guns to make snow on top of the light natural falls.

Most Australian ski areas start their seasons in early June every year, coinciding with the Queen’s Birthday holiday long weekend in the country. They open whether there’s snow or not, although the arrival of all-weather snowmaking systems mean that several have some snow cover regardless of natural conditions.

The past two seasons were largely lost due to multiple lockdowns in Australia, but with restrictions easing and international travel currently permitted again, it’s currently hoped centres will be able to operate with some normality this winter.

This winter will also see Selwyn Ski area, which was largely destroyed at the start of 2020  by a bush fire a few months before the pandemic hit, re-open after it was rebuilt.

Thredbo below on Wednesday 5th May.