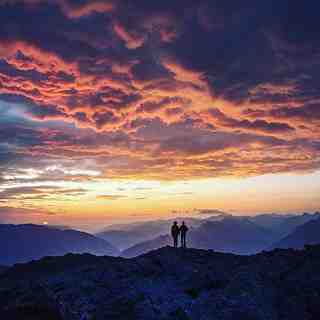 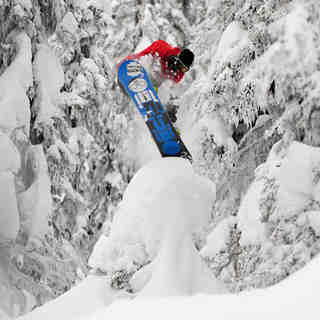 Welcome to another update from the Snow-Forecast.com team for the 2008/2009 ski season brought to you by Arapahoe Basin.

This week we'd like to announce that we have cut the price of our stunning 2009 snow-forecast.com calendars to just £6.95 ($10 / euro 8) including P&P PLUS you get 6 months bonus membership of snow-forecast.com (or extension if you renew). Also as a member, you will benefit from the many useful discounts from international car hire to ski and snowboard hire. Read more

Yet another winter storm system will arrive from the Pacific by the weekend, quickly followed by another

Becoming unsettled with heavy snow for the West, especially in California and Nevada

Lighter snow has fallen elsewhere in the Rockies last week, both in Colorado and Alberta

Rain and snow soon clearing the Appalachians and the East Coast

Last weekend saw heavy snow fall across the entire Alpine region. Snow was heaviest in France (typically 40-60cm) and yet again, in Italy. Madesimo recorded a remarkable 80cm of fresh snow. Many resorts in Switzerland, Austria and Germany received 40cm. Ideally, this widespread snowfall would have been followed by a week of blue skies and light winds. Unfortunately this was not the case.

France was most severely affected by the deep Atlantic system that hit Europe on Monday and Tuesday. Gales, blizzards and heavy rain affected a huge area including Southern Britain, Germany, Switzerland and the northern half of Italy. This was the second major storm to cross France in less than a month. This time around hurricane strength winds affected northern France whereas the even more ferocious storm of January 24th hit the SW.

As a result of this storm, most mountain areas of Western Europe received heavy snowfalls on Monday while lower elevations saw a mix of rain and snow (for example, 10-15cm of drifting snow fell in parts of Eastern Wales, 7cm fell in Nottingham but heavy rain and a thaw caused flooding in Sussex).

Storm-force winds affected most French ski resorts on Monday and Tuesday. As the intense weather system moved east across Germany and Poland on Wednesday and Thursday, a cold northerly wind brought further snowfalls to Germany, Austria and Switzerland, with only isolated snow showers spilling over to sheltered places such as the Dolomites and Slovenia. To the north, snow settled to low elevations all the way to the Baltic coast. In the Alps, mid-mountain temperatures were typically a chilling -10C to -15C with the windchill making it feel 5 or 10 degrees colder. Winds were still strong enough to close many higher lifts on Wednesday. The combination of wind and avalanche risk was so great that Cervinia was completely closed but by Thursday the wind had moderated and Cauterets in France was the only Alpine resort declared to be too stormbound to open.

Large areas of the Alps have received in excess of 50cm of snow from the most recent weather system. When combined with the heavy snowfalls of last weekend, this means most ski areas have about 1m of fresh snow. The combination of additional loading of an already unstable snowpack, together with the effects of stormy winds, has served to compound the high avalanche danger. Because there is now so much snow, any avalanches that occur tend to be deep and very destructive - even small ones. In some areas, such as the Dolomites (where 3 to 5m of snow has accumulated) off-piste skiing and hiking has been banned. So much snow has fallen in the Italian Alps (up to 6m) that it is not uncommon to find chair-lifts now operating inside an excavated trench in the snow.

For much of the winter the weather pattern tended to see the most significant snow-bearing depressions take a southerly track through the Mediterranean, with the heaviest snowfalls affecting the southern (Maritime) French Alps and especially the Italian Alps. This pattern, which began in mid-autumn, brought record snowfalls to some resorts in this region. Further north, temperatures have remained consistently low but lighter snowfalls have not led to exceptional accumulations. For many resorts in Switzerland and Austria, the snow was deeper last season. The latest Atlantic weather system took a much more northerly path and so the bulk of its snow fell across more northerly French resorts as well as Switzerland. Furthermore, a cold northerly airstream in the wake of the this system remains in place and will continue to deliver moderate to heavy snowfalls to the same northern parts of the Alps with much better weather south of the main divide.

High pressure building over France is currently settling the Alpine weather, especially in the West and South of the Alps. Its influence will be greatest this weekend but even then there will be further light snowfalls for Austria and Bavaria. As the high declines a little next week, snowfalls will extend a little further west but they will tend to be heaviest to the east of central Switzerland, say, Bavaria and Austria. The Italian and Slovenian Alps look like remaining mostly fine and cold and the French Alps should be mostly fine too, especially the further south you go. Overall, conditions should be excellent for the busy UK half-term holiday.

Resorts in Scotland have close to 75cm of snow-cover and are reporting some of the best February conditions for several years (the best snow conditions in Scotland usually occur in March and April). For British skiers, suffering from a weak currency and looking for a cheaper alternative to the Alps, this is very good news indeed. The most recent snow that fell in the Highlands on Thursday has gone on to affect much of eastern England, causing yet further travel disruption - about 5-10cm of snow has fallen across NE England. The perfect snow and weather conditions will continue at Scottish ski stations for a few more days but Sunday, Monday and Tuesday will turn briefly milder with temperatures reaching plus 3 to 5 degrees at summit elevations. Some rain is even possible as mild SW Atlantic winds arrive. Winter returns, with colder NW winds and fresh snowfalls too, in the second half of the week. It may take some time for the pistes to recover from the effects of the mild spell.

Andorra has superb snow conditions as a result of recent snowfalls. Just as in the Alps, avalanche warnings are currently active so be very careful before venturing off-piste. The next ten days should be mostly fine and sunny with only a few snow showers. Temperatures remaining low enough to preserve the excellent snow conditions. Breezy at first. Remaining dry, sunny and cold once again for the Sierra Nevada in Southern Spain and, just as last week, the breeze will make it feel cold.

During the first week of February most resorts in Scandinavia received dry and powdery snowfalls of 5-15 cm of fresh snow most days. This made for ideal snow conditions as long as you were prepared for temperatures below -15C and some grey days. The heaviest snowfalls occurred from about Geilo southwards to the coast with 40-50cm accumulating over a wide area in just a few days at the end of last week. Since the clearance last Sunday, only a few resorts in Scandinavia have seen much new snow but by Thursday night the cloud had thickened enough for widespread light snowfalls to begin again on Friday. The weekend sees bands of mostly light snow from the SW with temperatures much milder than of late but still too cold for a thaw away from the coastal margins. On about Tuesday an Atlantic depression is forecast to head SE across southern Scandinavia and into the Baltic. Expect somewhat heavier snowfalls as the low passes, followed by the return of very low temperatures.

In Eastern Europe, Bulgaria has seen the lower temperatures and the much needed snowfalls that we forecast a week ago. As a result conditions have improved at lot both at Bansko and Pamporovo. Already low temperatures will fall even further this weekend and additional light snowfalls will keep the piste conditions fresh. Slightly less cold from mid-week with further sunny spells and snow showers.

Fairly mild and sunny weather in Lebanon will give way to cold and often snowy weather from Monday night. A perfect mix of bands of snow and sunny days for the rest of next week. Probably the best skiing conditions of the winter so far at Faraya and The Cedars.

Thursday was a day of reasonably settled weather across central and Western United States. Scattered snowfalls affected parts of Utah, Arizona and Nevada, moving towards Colorado and the Plains - expect 6 inches to a foot of snow along the track of this system . Snowfall since Monday has totaled about 1.5 feet at Utah resorts such as Alta, Snowbird and Solitude. Away from these areas, all Rocky Mountain and West Coast ski resorts enjoyed a welcome break from heavy snowfalls with sunny skies on Thursday and perfect skiing conditions. Don't be fooled by the current fine weather; the next Pacific storm system will soon arrive.

As forecast last time, the heaviest snow fell in parts of California last week. An incredible 3 feet has fallen at Mammoth in the past 6 days, 1 foot of which fell since Wednesday. Meanwhile, ski resorts in Colorado have seen 2-6 inches of fresh snow in the past 24 hours.

On Thursday afternoon, cloud is already thickening from California north to the Canada border. Expect heavy snow to develop once again over the California/Nevada mountains, starting early on Friday through much of the Sierra on Friday (affecting Mt Shasta and Mt Ashland), where it will be heavy. Snow quickly spreading elsewhere. A second system arrives on Saturday night. Heavy snow from these two systems will extend across much of the Rockies region, all the way from Arizona to Idaho. Some resorts in California should see at least 2 feet of fresh snow with lesser quantities inland. Apart from a dry interlude on Wednesday and Thursday, this unsettled weather pattern should persist for at least the next ten days so expect some superb snow conditions across the entire region. Make the most of the fine spells of weather.

In Canada, resorts in Alberta have recently seen light snowfalls and we expect these to continue through the weekend. Very light winds and fine weather at the start of next week will make for perfect skiing before cloud brings fresh snow from about Thursday night. Temperatures staying well below zero throughout. On the West Coast of BC, light easterly winds will maintain very cold conditions with occasional light snowfalls for about another week. The onset of westerly winds around the middle of next week will be accompanied by several days of snow, heavy at times. Less cold, but freezing levels staying below 600m.

On Thursday, the Eastern seaboard weather was influenced by a deep depression centered close to Nova Scotia with a residual arc of snowfall extending roughly through the Great Lakes to the Saint Lawrence Seaway, including northern Appalachian ski resorts of northern Vermont and New Hampshire as well as Maine. This system moves away on Friday leaving cold continental air in its wake. Sunny skies for Appalachian resorts this weekend. A deep low pressure forms over the Great Lakes region around Wednesday. This will turn the weather very unsettled for East Coast ski areas with some heavy snowfalls to end the week. There is a chance of snowfall at East Coast cities.