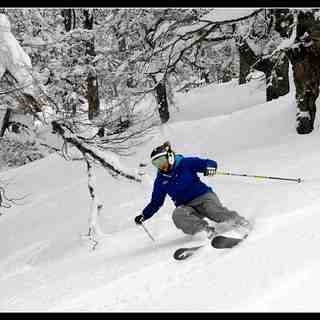 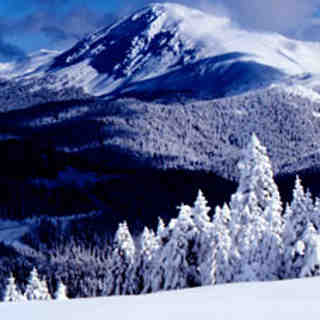 Welcome to another update from the Snow-Forecast.com team for the 2008/2009 ski season brought to you by Arapahoe Basin.

This week we'd like to announce that we have cut the price of our stunning 2009 snow-forecast.com calendars to just £6.95 ($10 / euro 8) including P&P PLUS you get 6 months bonus membership of snow-forecast.com (or extension if you renew). Also as a member, you will benefit from the many useful discounts from international car hire to ski and snowboard hire. Read more

The heaviest snowfalls will initially be in central and southern California

Remaining settled for longer across the Appalachians

Some brief respites from the recent unusually low temperatures

Snowfall in the UK this week was the heaviest in some places for 18 years. It has already caused widespread disruption although, by European standards, even the deepest lowland accumulations have been modest: about 20cm in the Cotswolds and also in Aberdeenshire. London and the SE have seen a brief thaw but for most of Southern and Central Britain the worst weather is still to come as a result of further heavy snow on Thursday night and into Friday. Snow conditions at the ski resorts in Scotland have greatly improved thanks to the recent snowfalls.

On Thursday night, a deep (984 millibars) depression over the Bay of Biscay is directing further bands of rain and snow towards the British Isles. Although there will certainly be sufficient new snowfall (up to 30cm in places) to cause yet more widespread disruption over much of central and especially SW Britain, absence of high pressure to the north means that the winds will be moderate to fresh NE. As a result, we don't expect conditions to be anything like as bad as they did in the last major Biscay-low snow events of the late 1970's and early 1980's. Back then, similar Biscay-low snow events were usually accompanied by severe gales and as a result snowdrifts blocked rural roads for as much as a week each time.

The heaviest snowfall on Thursday night and Friday morning should fall over SW England Dartmoor and Exmoor especially), the Mendips, Cotswolds, and South Wales, including the Brecon Beacons and Black Mountains. New snow will settle on a decent base. With a cold and dry weekend to follow, this presents skiers and snowboarders in Southern Britain with are rare opportunity to sample the local terrain. When conditions are good, The Brecon Beacons, in particular, can provide some really excellent runs if you don't mind walking up.

Some snowfall will affect the Scottish resorts on Friday and Saturday, but it will be nothing like as heavy as the snow that fell here mid-week. Up to 60cm of fresh stuff was reported from Cairngorm on Thursday - too much for them to open. Other Scottish resorts have about 40cm of cover and excellent conditions. Strong northerly winds will continue to blow the lying snow and may disrupt lift operations for a couple more days. Lighter winds and sunny skies on Sunday should make for ideal conditions, especially at Cairngorm, assuming the access roads have been cleared of snow drifts by then. Milder westerlies from mid-week currently pose little risk of a serious thaw at Scottish resort altitudes.

The Atlantic depression responsible for Friday's snow in Britain moves steadily eastwards over the weekend and will deliver some really heavy snowfalls to parts of the Alps on Friday and Saturday, heaviest in southernmost Switzerland and Italy (50cm or more for some resorts), lightest and arriving latest, in eastern Austria. The first bands of snow from this major weather system reach the Bernese Alps of central Switzerland in the early hours of Friday morning with a second belt of heavier snow already affecting the Jura by then. Free-air freezing levels are as high as 1500m at first, both in the Maritime Alps of France and Italy and Austria. With a very shallow temperature gradient and valley temperature inversions, only the very lowest slopes should see initial rain rather than snow. Once the main snow area clears eastwards, colder northerlies and mostly light snowfalls will last well into next week at many resorts.

Skiing conditions in the Alps are already generally excellent, even before this fresh snow arrives. Isola 2000 in the Alpes Maritimes received 30cm of snow on Tuesday and the 3m depth on upper slopes is much more than is usual for the time of year. Many parts of the Italian Alps also received 10cm or so of snow on Tuesday and the snow depth at Alagna will certainly exceed 5m in a few days with 60cm having accumulated here in the past week alone. Early week snowfalls were lighter in Switzerland and much lighter in Austria where mostly mild and sunny weather provided an excellent week of skiing. Even resorts in Austria should generally see 10-30cm of snow from the current system with colder weather to follow. A little less snow than this for places in the Czech Republic, Poland and Slovakia.

Following a dry spell, the Sierra Nevada in Southern Spain was very snowy on Thursday; very cold and windy too. Friday and Saturday should provide some respite from the inclement conditions with only light and showery snow. Sunday marks the start of a fine and settled week but still with strong winds at times on exposed upper slopes.

Although the main snow areas from the current storm will largely miss Andorra, ski areas here should see some moderate snowfalls from cold and strong NW winds on Tuesday and Wednesday; much heavier further west. Otherwise, mostly fine weather but breezy throughout the forecast period.

Thursday night sees two distinct areas of snow affecting Scandinavia. One affecting Southern Sweden, and Norway south of a line from Oslo to Bergen as well as most ski resorts in between and slowly spreading further inland on Friday. The other is located over northern Sweden and Finland where temperatures remain below about -25C. Weekend snowfalls should generally clear on Monday which means that next week should provide perfect crisp, cold and sunny days.

In Eastern Europe, snow conditions in Bulgaria have become quite soft as a result of mild temperatures. Becoming steadily cooler here next week with a trend towards light snow showers and then periods of much heavier snow from Wednesday. A very similar pattern for Vermio in Greece.

The weather in North America has been, mostly, rather subdued for the past week and on Thursday fine weather extended coast-to-coast across the United States. Lack of fresh snow has not been a problem at the ski resorts because it provided a welcome chance to enjoy the bumper snowfalls of the week before and, in general, temperatures have remained low; in the Appalachians, very low. The current settled spell will soon end and most ski areas will soon receive new snow. The breakdown starts in the west and the initial snowfall pattern will benefit the Southern California resorts close to Los Angeles.

For the past seven days, the only really notable snowfall to report fell from a storm that hit north eastern USA on Tuesday, bringing snow to New England, West Virginia and a number of other coastal states. The storm developed over the weekend and tracked north eastwards, bringing heavy rain to North Carolina on Monday. The heaviest snow fell along the coast of New England on Wednesday as the depression cleared the coast and left a cold northerly wind in its wake.

During the previous week, a powerful ice storm hit eastern USA, with Kentucky declaring it the greatest natural disaster in the states’ history.

Skiers at Whistler are still enjoying the 24cm of snow that fell early in the week. It will soon turn much colder here with cloud increasing and snow on Thursday night. Friday and Saturday should be mostly dry but snow will return on Saturday night and next week looks like it will stay cold, often cloudy and sometimes snowy. Only a little of this snowy weather is making it as far as Alberta but, hopefully, the occasional light snowfalls that are forecast will be sufficient to freshen up the pistes. Otherwise, sunny here and remaining cold.

Lake Tahoe ski resorts of California and Nevada can look forward to an often cloudy and occasionally snowy spell of weather for the next 10 days. It will be cloudy with occasional snow flurries at first but with fine spells this weekend and again on Tuesday and a period of heavy snow in between.

Southwards from Lake Tahoe, the snow on Thursday and Friday will be much heavier. Expect great skiing at Mammoth Mountain when the clouds lift and the sun comes out on Tuesday. Wrap up well because it will become very cold under the clearing skies.

For Colorado and Utah, Thursday is another clear day and in a few places temperatures are slightly above freezing. Make the most of it because that's the last of the ideal skiing weather for a while. On Friday clouds will increase from the west and temperatures will begin to fall. A steady cooling trend of a few degrees each day will continue for about a week, by which time it will be extremely cold. There will be increasingly frequent snowfalls too.

The Appalachian region is currently bitterly cold and fine. The next week or so will provide two brief milder spells; the first on Saturday and then again during mid-week. Mostly fair weather but some light snowfalls late next week. For more southern Appalachian resorts, expect some rain rather than snow.