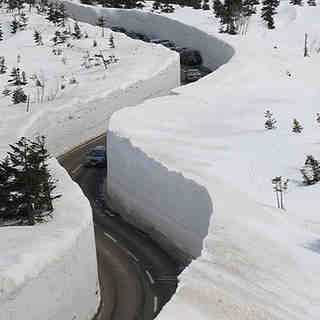 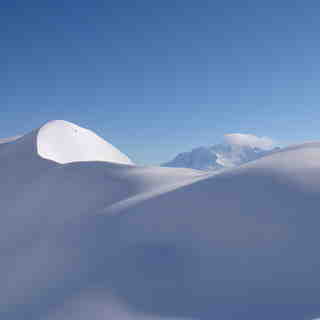 Welcome to the second snow update from the Snow-Forecast.com team for the 2008/2009 ski season. This editorial is sponsored by Snowbrainer who are very generously offering readers up to 40% savings on Ski and Snowboard Hire if you book online. For a fuller discussion of specific resort conditions, also check out the Ski-Club twice-weekly summary.

PICTURE OF THE WEEK (below): Niseko, Japan, A face full of snow is commonplace, in a resort which enjoys over 16 metres of powder snow from November until April, as Siberian desert storm systems sweep across the Sea of Japan. Photographer: Dean Williams. Upload your images to our photo gallery or see more stunning images on our 2009 Snow Calendar.

Conditions across much of Europe continue to improve. Scotland is the only area where ski conditions have deteriorated in the past week and even here it is snowing again. The last Atlantic depression arrived on Europe's shores and promptly delivered a deluge of rain to parts of Southern England with widespread flooding. Many places saw the best part of a months worth of rain falling in just a few hours.

As this system headed south and east across mainland Europe it was inevitable that another major snow event would result where it ran into cold continental air. Much as forecast, Western and Southern parts of Europe bore the brunt of the heavy snowfall. Southern France saw 60cm of snow recorded in places, 100,000 homes without electricity, and a fatality due to an avalanche on the Col de la Faucille mountain in the Jura, an area not normally associated with avalanches, especially so early in the season. Heavy winds brought a ski lift at Sept Laux in the Isere region to a standstill and emergency services rescued 50 skiers stuck on it. A men's World Cup slalom competition at Val d'Isere was called off because the snow storms were so intense: three days earlier in our last weekly snow news we mentioned that this event would be adversely affected by the approaching storm and so it was.

The same storm delivered a very impressive 130cm of snow to Alagna in the Italian Alps where snow depths on the upper mountain currently exceed 4m; about four times deeper than is usual for the time of year. The vast majority of ski resorts in the Alps and the Pyrenees have at least some fresh snowfall and conditions are generally as good or better than at the same time last year: and that was the best season for a decade or more. About every 5 or 10 years the European ski season seems to favour the Italian Alps and this certainly seems to be the case at present.

As suggested last week, this weather system that brought so much snow to the major Alpine ski areas has begun taking a lazy tour of the continent, taking in many other minor ski regions. On Friday, the system will intensify again in the far Eastern Med. It will soon bring snow to the ski areas of Turkey, Israel and Lebanon while a secondary system affects Bulgaria and Romania too. Resorts in Greece will probably see rain rather than snow falling, especially at lower elevations but don't worry because cold and snowy weather will soon arrive in the Pindos Mountains in time for Christmas.

Across the United States, a winter that started two or three weeks earlier than usual has quickly become severe as a succession of winter storms sweep the country, and there may well be worse to come in the week before Christmas.

Much of the East Coast was hit by one of the worst ice-storms for a decade earlier this week; unusual partly because of the vast area affected. A state of emergency was declared across parts of Massachusetts, New Hampshire, New York State and Maine as 1.5 million homes lost electricity when ice-bound trees brought down power lines as super-cooled rain fell on sub-zero surfaces. It was followed by unusually cold temperatures and the risk of frost-bite for skiers.

On the other side of the American continent, the heavy snow that we forecast for resorts in California has duly kick-started the season. In neighbouring Nevada a storm dropped the heaviest snow in Las Vegas since January 1977 with about 5 inches (10cm) of snow reported at the airport where flights were cancelled. This is about half the depth registered 30 years ago. Other parts of Nevada saw as much as 2 feet (60cm) of snow including the ski resorts of the Lake Tahoe area to the north; providing a big boost to snow conditions that comes as a relief after a long dry spell here. Much closer to Las Vegas, even the main route to Los Angeles was blocked at Cajon Pass while north of LA, the main route to San Fransisco was also snow-affected. In general, snow settled above about 3000 feet with 11 inches settling in the Lockwood Valley of Ventura county.

Although snowfall is common on surrounding mountains, the Las Vegas valley usually sees just one or two very light snowfalls each winter. This particular snowfall comes just a week after early snowfall reached the Gulf coast city of New Orleans. On Wednesday afternoon, snow was even reported from the Malibu area of California, settling on hills; yet another unusual snowfall.

Heavy snow stretched from parts of Arizona through southern Nevada, southern Utah into southwestern Colorado on Wednesday and the following night with widespread warnings through the Four Corners region: skiers will of course be delighted.

Illinois and Iowa have probably borne the brunt of the really cold American weather so far. Temperatures dipped to -8 Celsius (18F) on Tuesday and Wednesday; low enough for severe weather warnings for Chicago and there is heavy snow again forecast for the north Midwest on Thursday as a low pressure system intensifies over the Central Plains on Thursday before tracking NE, much in keeping with our editorial forecast of a week ago. Expect a mix of rain and sleet with freezing rain and then heavy snow in southern Wisconsin and nearby areas with some thunderstorms too. About 8 to 10 inches (15 to 20cm) of snow are expected, more in any thunderstorms and with bitterly cold Arctic air tucking in behind.

This same fast moving system will arrive on the East Coast on Friday where it is likely to bring significant snow for Appalachian resorts and snow to Chicago, New York and Boston.

Valleys in Oregon saw their first significant snowfalls of the winter on Monday. About six inches fell and temperatures dropped as low as minus eight Celsius. On Thursday a much more significant storm hit the Pacific NW bringing a few inches of snow to Seattle and in Spokane, Washington, 20 inches of snow on Thursday easily beats the previous record of 13 inches set in 1984. We are expecting up to 1 metre of snow to fall in the Cascades from this system.