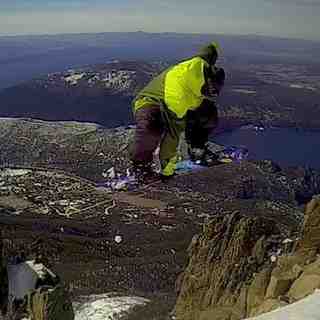 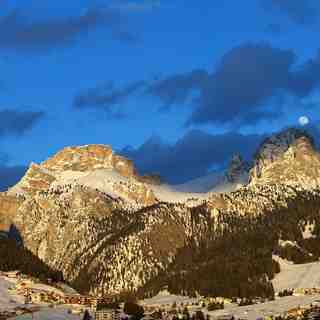 Welcome to the latest roundup of Worldwide snow conditions, together with prospects for the week ahead.

It is still possible to ski at just three resorts in New Zealand. The weather there has improved at last but sadly the season is all but over. The week ahead will bring heavy snowfalls to the mountains of Eastern Europe: places like the Austrian Alps, the Balkans, the Carpathians and even the Pindos Mountains of Greece. La Nina storms continue to clatter into the Pacific NW bringing regular early season snowfalls and the promise of a great season punctuated by stormy days when it is best to stay indoors. The first significant snows of autumn have fallen across the Rockies and the web cams of resorts across Colorado look superb.

New Zealand has been experiencing unusually unsettled and windy spring weather. There has been fresh overnight snow followed by great spring skiing conditions on the big North Island resorts of Turoa and Whakapapa. Tiny, but wonderful Broken River is the only South Island resort that is still open for skiing. Expect all three NZ resorts to be busy over Labor Weekend. The week after looks good too, so it is a real shame that Whakapapa and Turoa will close on Monday 22nd - that's early by their standards. Westerlies won't be quite as strong as they have been over the past few weeks and there will be a good mix of sunny days and snow showers to keep the pistes fresh and at BR, more snow and less wind to end their season. They had another 25cm of powder yesterday and the upper field now boasts a snow base of an astonishing 250cm. With 70cm of snow at the bottom, they could stay open for several more weeks if the demand is there. There was a really big earthquake off Milford Sound last week - luckily too remote to do any damage, but given the condition of the snow-pack, I would be surprised if it didn't trigger a bunch of avalanches in the back country.

Ski resorts have all closed for the season. The snow pack on the high plateaus is still about 70cm deep. If you are heading up there for ski touring over the weekend, bear in mind that it is very windy on top and mild right now (Friday am) but these inclement conditions will soon ease. Expect a fine weekend before unsettled conditions move in again early next week.

We are not aware of any resorts that are still operating in the Andes. Never mind, it has been a great season. At about this time of year, South American skiers used to look forward to the opening of Chacaltaya in Bolivia, the only resort in South America to operate over 'summer', with a season corresponding to North American resorts. Sadly, the glacier at Chacaltaya has melted and the resort has officially closed, bringing an end to skiing at the highest resort in the world. I suppose there is a chance that the frustrated locals from nearby La Paz still venture up there after a heavy fall, so I should mention that the week ahead will be a very snowy one and that we will continue to provide detailed forecasts for the former ski area.

With an anticyclone over Western Europe drifting into western Russia, we will again see cold and snowy weather descending down its eastern flank over the next 7 days. Prospects for new snowfall improve as you head east with nothing much expected in France or western Switzerland, but moderate snow for the glaciers of Austria, and heavy snowfalls for the mountains of Eastern and South Eastern Europe as a low pressure forms over the Balkans.

The present anticyclone over Britain is moving away but it may soon be replaced by another. If this 'blocking' weather pattern continues long into the winter season - with high pressure over Western Europe, it could be bad news for skiers heading to France, Switzerland and the Pyrennes. In such seasons, snow conditions in Bulgaria, Greece, Turkey and especially Lebanon tend to be much better. It is far too early to worry about the present ski season in the Alps and the weather models are hinting that there will be heavy snow over the French Alps and Pyrenees in nine or ten days time.

Even at mountains near Athens, we should see the first snow of the season falling on Mt Parnassos on Tuesday as freezing levels there briefly drop below 2000m - just a dusting here, but quite heavy snow at some resorts in Northern Greece and Bulgaria - 25cm of snow expected at Bansko, for example. Much further East, away from the moderating effects of the sea, temperatures in Central Asia are already falling fast. Temperatures at Chimbulak near Alma Ata in Kazakstan are falling below -10C every night with heavy snow forecast early next week before it becomes fine. With Western Europe suffering from a nasty mix of uncertain snow and high prices, the future is surely bright for obscure snowsure places like Chimbulak - if they were more popular, such places could open much earlier in the season than they presently do.

La Nina conditions dominate the weather patterns again with further depressions running off the Pacific into the high mountains of SW Canada and NW USA. Expect this pattern to continue right through the ski season with the central Rockies probably seeing the best of North American conditions because they are less vulnerable than coastal areas to La Nina warm spells, but far north enough to pick up regular storms. The last few days have seen heavy snow falling across the resorts of Colorado and Wyoming, transforming summer into winter - seemingly skipping fall altogether. Wet autumn snow has fallen around Lake Tahoe too but we don't expect it to survive a return to very mild weather next week.

We will be providing more detailed prospects for North American prospects from November 1st.