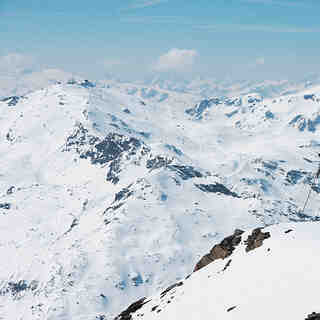 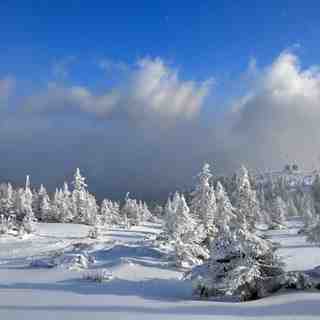 The SkiWelt Wilder Kaiser - Brixental is the largest interconnected ski resort in Austria with 90 cable cars and lifts, 250 kilometers of slopes and 70 refreshment stops.

The SkiWelt sprawls between Kufstein and Kitzbuhel in the Wilderkaiser mountain range. The Wilderkaisers sit at the northern edge of the Austrian Alps, so the SkiWelt is first in line to catch snow from northerly storms. Despite the area’s relatively low elevation (1825m is the highest lifted point, 620m the lowest), the SkiVelt rakes in the snowfall. There’s a lot of finely groomed piste in the SkiWelt, and that’s where most of the visitors spend their time. The slopes are full with puffy jackets, crazy hats and carving skis. For freeskiers, this means acres of untracked powder that you don’t have to fight for.

Of the nine resorts in the SkiWelt, Westendorf is probably the most attractive to freeskiers. Westendorf has a terrain park for jiblets and a tasty collection of chutes and cliffs for billy-goaters.

The SkiWelt is not a big party destination. The scene is mostly apre-ski style, complete with catchy, sing-along techno-pop and scripted dance moves. You’ll be flapping like a chicken no time. A few drinks and a bit of apre-disco is a great way to warm up for night skiing or toboggan runs.

Most of the area’s accommodation is traditional Austrian gasthofs and pensions, most of which also have restaurants. With strict building codes in place, the area has a true Tyrolian village feel.

The SkiVelt is growing. Over the last few years, the area has pulled out t-bars and is replacing them with six-seater chairlifts with heated seats.

Kitzbuhel is the SkiWelt’s glitzy neighbour and home to the Hahnenkamm, the most famous men’s downhill race on the World Cup circuit. Held each year in January, the Hahnenkamm is a spectacle worth seeing.