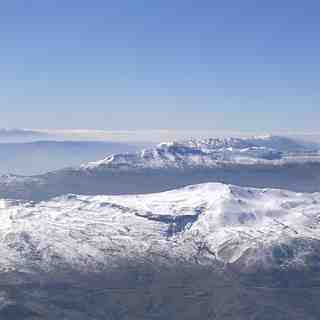 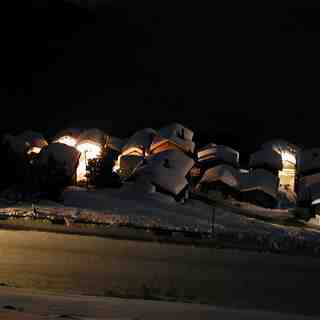 One of the Haute Savoie’s “Trois Valley”, Courchevel is almost intimidating, it’s so big. To try and make use of a full “Trois Valley” pass (which gives access to 200 lifts, and 600km of runs) you’d have to be a marathon skier.

On the border of La Vanoise national park, Courchevel looks out to Monte Bianco, the Italian face of Mont Blanc. The Courchevel ski area has 63 ski-lifts, and 117 runs that make a total of 150 km of piste – not to mention the 10,000 hectares of off-piste skiing.

With all this terrain, where do you start? We found one tiny lift near the border to Meribel and did four or five runs on that, sessioning a little steep section that still had a bit of fresh from the previous week’s storm. When we looked at the trail map later, it was ridiculous how little area we’d actually covered. The phrase “quality over quantity” crossed my mind once or twice.

Though there are quite a lot of off-piste skiers in Courchevel, the sheer size of the area makes it hard to track the place out in a single day. To the east of the ski area, there is another huge bowl that winds back into the valley over a long traverse track and a short walk.

Courchevel's couloirs are renowned as some of the most difficult black runs in the world. Les Couloirs de la Saulire began to acquire their legendary status in 1954, when the installation of the first Saulire tram made it easy to access the couloirs. The site was chosen for the resort’s first freeride competition in 1994. The couloir running directly below the tramway has an average incline of 62°.

The town of Courchevel is really four villages, unimaginatively named for their approximate elevations – 1330, 1550, 1650 and 1850. (In fact, the highest point in Courchevel 1850 is only 1747 meters. The name was chosen for marketing reasons to compete with rival resort, Val d'Isère.) The villages get ritzier as you wind up the mountain. The centre of 1850 rivals St Moritz for designer fashion shops and, outside Paris, Courchevel boasts the highest real estate prices in all of France.

Courchevel 1850 was significant as it was the first resort in France to be constructed from scratch rather than based around an existing village. Now Courchevel has 10 four-star luxury hotels, 60 restaurants and you can land your private jet at the high-alpine airport, which has a tiny 525 metre runway and an 18.5% gradient to help aircraft slow down.

Courchevel 1330 Le Praz is the original "Courchevel" and an old farming village. Le Praz the cheapest option for those looking to take advantage of the Trois Vallées skiing.

Courchevel is a popular holiday destination for Parisians so it’s wise to avoid the place during Paris’s school holidays if possible.