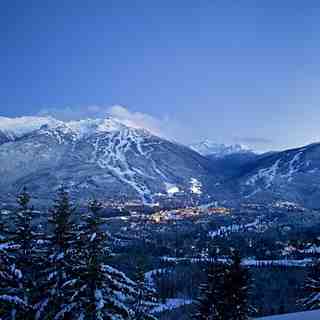 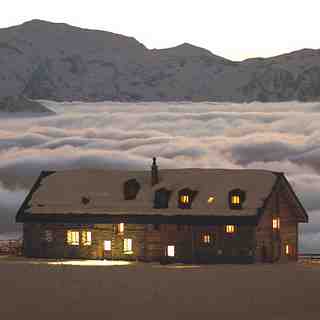 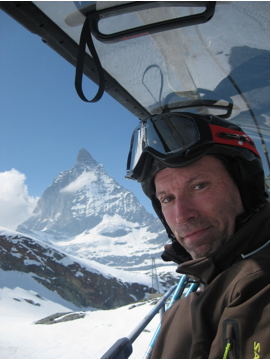 Welcome to Ski-Lifts first blog post for Snow Forecast.For our opening feature we thoughts we would go big and bring you some insight from the man who knows more about ski holidays and all things snow related then (arguably) anyone else on the planet. Patrick Thorne talks the ski business, family and what's next for the snow hunterÉ.

Ski-Lifts: You've been writing about ski travel since 1984, what keeps you hooked on the mountains?

Patrick Thorne: Well I ask myself that quite a lot! Éseems to be something in my DNA.  I actually like open space and isolation more so I live in the Scottish Highlands in the centre of an eight acres small holding so don't see too many people and I generally like going north, whether mountainous or not – to big empty open spaces.  I love some of the vast empty beaches we have up here on the north West coast for example. But I also love snow, so the two come together and I've been lucky enough to find work to keep me doing what I love.

-
Ski-Lifts: How did you start in this business?

Patrick Thorne: I dropped out of school half way through my sixth form and then failed my A levels so I didn't get the one grade E I needed to study economics at Wolverhampton Poly (no idea why I ever thought that would have been a good idea).  I was then two years mostly out of work in the early 1980s, when many others were too, and I wrote to fill the time (before daytime TV and Facebook) about my experiences.  I got lucky and the Sunday Times published these thoughts and from that I got a book deal.  I got in to college to study English and Writing because of that success, even without any A Levels, and I spent the money from the book on ski trips and then got a ski book deal, then from that a ski magazine job and it has just carried on since then!

-         Ski-Lifts:  To say you know the ski travel industry is an understatement, given your knowledge where would you say is the must visit resort in the Alps for 2015/2016?

Patrick Thorne: Oh that's very difficult – it depends who you are, who you're with, what you want and where the snow is best at any one time really.  But I suppose Courmayeur in Italy is quite an interesting one this season as an incredible new lift system on the Italian side of Mont Blanc, complete with revolving cable cars, which has taken four years and over Û100m to build, has recently opened ready for the coming season.  I was also just reading in Courchevel's  press news that they've splurged $63m on a new aqua centre complete with France's largest permanent surf wave so that sounds pretty special.  And Obergurgl in Austria have built a major new lift that incorporates a motorbike museum in the base building – I love unusual ideas like that!

Patrick Thorne: It changes in lots of little ways but you can also still have the same ski holidays that people had 50 years ago if you like.  In my 30 years following it I suppose the things I've noticed the most would include the arrival of terrain parks; the slowing of the trend to build ever bigger ski areas with most big resorts now concentrating on building comfier chair and gondola lifts rather than ever more drags; a huge growth in snow making installations; skiing being transformed by the arrival of the carving ski making it much easier and off piste skiing being reinvented as Ôfreeriding.'   In recent years there's been all the new techie stuff too which I have mixed feelings about as I think one of the best things about ski holidays can be escaping mobile tech and social media for a few days.

Patrick Thorne: It varies so much depending on the weather you never really know.  But, if the snow is good, it can be great in October and November to get a ski fix before the main season – prices are low, slopes are quiet and you feel you're getting a jump on the masses.  Equally in April and May, again depending on the snow, love the relaxed feeling and the sunshine – you perhaps just ski in the morning and  relax in the afternoon sitting on a cafŽ terrace with friends.

-         Ski-Lifts:  What age do you think is best to take young children on their first ski holiday?

Patrick Thorne: We have three sons and they all ended up on ski holidays within a few weeks or months of birth.  They're all now obsessed skiers but they were very different in how each learned.  The oldest, Sam, we were very keen to get on skis as we were young pushy parents and signed him up for a ÔMom and me' class aged about 22 months and he didn't like it at all, just didn't like having the ski gear on let alone skiing, but I think he was a keen skier by age 4.  Then because of that we were more cautious with the second son, Alexander, but he was desperate to ski like his big brother and managed to sneak in to a ski class aged about three when he was supposed to be in non-ski nursery.  Then the youngest, Robert, is quite laid back and just started at his own steam.   So I think the important thing is not to push it and age 4-6 is good, but any age above that can be fine.  I did read somewhere it's easier for kids under age 11 or 12 as they haven't learned to fear falling over etc but I don't know if that's true.  I learned at 15 on a school trip and wish there were more of those.  I'd definitely get someone else to teach your kids if you can, don't try to do it yourself, and don't push them in to it too early.

Patrick Thorne: Again, too many.  I get a buzz out of spectacular scenery, being on snow in unusual places or at unlikely times of the year.  I did take part in the Santa Claus World Championships in Samnaun, Switzerland one year and in one event in that four of us had to pick up a donkey laden with presents and carry it up the slope as out attempt to coax it with a carrot failed, so that was pretty memorable.

-          Ski-Lifts: We love the fact that you have written about skiing naked – have you ever skied naked?

Patrick Thorne: Sadly not and if you do do it I would recommend very good sun screen for your nether regions and being aware of the danger of frostbite to your Ôextremities' – there's a good anecdote in David Neven's autobiography about him having to dip his willy in a cup of warm coffee after nearly catching frostbite having skied in too skimpy a ski suit.  I did strip naked at the top of a hill in the Lake District once, years ago, after being stuck in a tent in torrential rain for 48 hours so I felt sorry when those youngsters got in to trouble in Malaysia recently for doing the same thing but offending local standards in their case.

Patrick Thorne: Not sure yet. We've booked a big family trip to the US at Easter (Utah, Wyoming and Montana) and I'm tempted to head back to Italy and Lapland for the coffee and reindeer respectively but I haven't got anything confirmed.  Along with all my usual work I'm working to relaunch my SaveOurSnow.comwebsite which is all about the efforts of ski resorts around the world to fight climate change.  I created it about 10 years ago but it has been neglected for lack of time and is a bit broken, but a new version is currently in design. There are a lot of exciting new developments in that area which has been one of my main interests for many years so I'd like to be able to report on those.