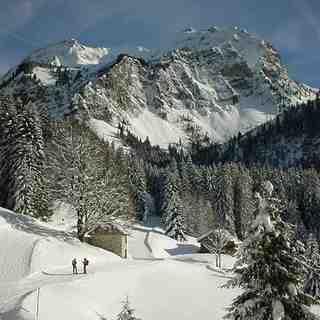 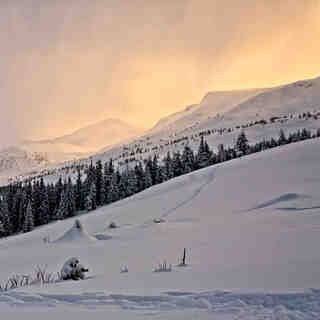 Fresh Snow In The Alps Leads To Resorts Re-opening

There has been up to 10cm of fresh snow in the
past 72 hours on mountain tops across the Alps including the glaciers that
are already open or about to open for the start of the 2009-10 ski season.

In Austria the Tux glacier, one of the handful that endeavours to open year
round, is one of the beneficiaries, with its snow depth topped back up to
55cm (just under 2 feet) after a long summer melt. There are 9 lifts
operating there serving 15km (9 miles) of open piste.

Fresh snow on the Kitzsteinhorn glacier above Kaprun means that it will
re-open on Friday (September 18) with a 70cm (2.23 foot) base after having
been closed for the past month or so due to the hot weather. A third
Austrian choice, the Molltal glacier near Mallnitz is reporting the
country's biggest snow depth at present with 90cm (3 feet) of snow to enjoy.

The Pitztal glacier is also opening for its long 2009-10 season this week,
helped by a new plus-temperatures operational snowmaking system imported
from Israel and the fresh snow. Solden, which had hoped to open on 5th
September but has had to delay opening due to the weather conditions is now
reviewing their planned opening after reporting another 8cm (3 inches) of
snow today.

There was also snow at the four other glacier ski areas currently open in
the Alps. Saas Fee in Switzerland reported on www.skiinfo.com another 6cm
(2.5 inches) of powder on Tuesday, taking its 7 day total to 10cm (4 inches)
and glacier based depth to 65cm (over 2 feet). Its neighbour Zermatt, open
365 days a year for snow sports, has been similarly blessed.

There's no outdoor skiing currently available in France, but the fresh snow
is good news for Tignes which will re-open a week on Saturday (September
26th) for its long winter 2009-10, just four weeks after closing its summer
ski season.

In Italy Passo Stelvio and Val Senales are both open for glacier skiing and
again benefited from the fresh snow.

There's no skiing in North America at present but Timberline ski area in
Oregon, USA is due to kick off the 2009-10 season there this Saturday,
September 19, when its lifts should be running again.

With the ski season over in Africa, the bulk of world ski attention is
currently focussed on South America, Australia and New Zealand where there
has been little fresh snow in the past week and spring skiing conditions are
dominant in most locations, with earlier snow accumulations in recent weeks
packing down to create great on-piste conditions, especially from
mid-morning to mid-afternoon.

In Australia, Perisher has tipped the 2.8m (9.3 feet) mark of cumulative
snowfalls since the start of the season, and it's currently looking good out
there for spring skiing and boarding. The resort has received 21cm (8.5
inches) of fresh flakes since 1 September and more is predicted with light
snowfalls expected around next Sunday, 20 September. Perisher has 39 lifts
currently in operation accessing 4 resort areas and 7 mountain peaks, plus
there's four progressive terrain parks and the Superpipe so riders still
have plenty of options on offer.

After a week of snow showers and cloud at Hotham, the weather has cleared.
The resort has had 16cm (7 inches) of snow in the last 7 days. The average
natural snow depth is currently 65cm (2.2 feet), a drop of about 20cm (eight
inches) on a week ago, with the snow depth in the snowmaking areas at 120cm
(4 feet). The Black Snake run is currently recommended as a good pick for
advanced skiers and boarders, Snake Gully for intermediates and Easy Street
at the Big D for beginners.

The snow depth is down to 40cm (15 inches) at Mt Buller and with
temperatures hitting 9 Celcius it's getting warm there.

In New Zealand there are styill some big sanow deoths if no fresh snow at
many areas. Turoa on Mt Ruapehu is reporting depths of 236cm (8 feet), the
most in the country, although most other areas still have between 120cm and
180cm (4-6 feet) lying, giving much more than adequate snow cover.

At The Remarkables under-16 year old shredders will bust out their latest
tricks when the final K2 Parklife Mini Shred for the season this weekend
when they battle it out in the resort's Tararua Real Iced Coffee (TRIC)
Beginner Terrain Park on September 20.

"This is the chance for the kids to ski and ride with their buddies in a
competition scenario and show how far they've progressed this season. In
July we saw these girls and boys pushing themselves to their limits, this
time around we're sure to see them step it up to the next level in their
riding and skiing," he said. "The TRIC Beginner Park is perfect for this
kind of event, it's been designed and built to help skiers and riders
progress their skills in a relaxed environment.

In South America the leading resorts such as Valle Nevado and portillo in
Chile and Cathedral and Las lenas in Argentina are each reporting ther
biggest bases - all a little over 2 metres (7 feet) on upper slopes, meaning
the skiing should be good well in to October. However in some cases,
notably Catedral, lower slopes have little or no cover.