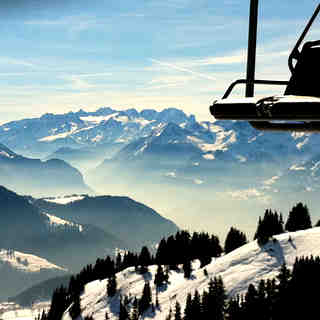 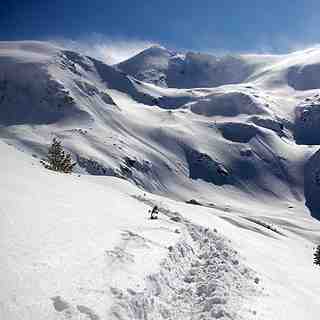 Despite economic gloom laden media reports in the US, mother nature has still ensured temperatures low enough for snowmaking and snowfall in Colorado where two of the world’s highest ski areas, Arapahoe Basin and Loveland, followed a number of European resorts and opened for winter 08-09 last week.
An estimated 3,000 people attended A Basin’s opening day, with many commenting that they looked forward to a good season and commenting on the benefits of recent fuel price falls in reaching the slopes.

Loveland Ski Area started making snow on September 24th but warm weather forced a stoppage until the temperatures cooled again on October 4th.
"Our crew has been working hard to make sure we could take advantage of every opportunity to make snow over the last couple of weeks," said Snowmaking and Trail Maintenance Manager Eric Johnstone. "It finally paid off and we started the lifts with an 18 inch base and tree to tree coverage."

"The start of the ski season is always an exciting time," said Rob Goodell, Director of Business Operations. "We are opening a little bit earlier than anyone expected, but the mountain is ready and we are proud to offer the quality coverage our opening day skiers and riders have come to expect from Loveland."
Meanwhile several internationally better known ski areas have announced that they will open earlier than planned. Copper Mountain has announced it plans to open a week earlier than initially announced in just over a fortnight on November 7th.

“We want to give our guests as much value as possible and make sure they get the most out of their season passes,” said resort spokesman David Roth, promising a top-notch ski experience for opening day.

Vail Resorts owned Keystone and Breckenridge also are planning to open on the same day.