The Arabba resort summary is: Arabba has 22 lifts within its terrain that is suitable for beginner and intermediate levels, including terrain park enthusiasts. Find location, trail maps and piste maps covering the mountains 866m of vertical range and surrounding area. There are 47 trail at Arabba.

The Arabba resort summary is: Arabba has 22 lifts within its terrain that is suitable for beginner and intermediate levels, including terrain park enthusiasts. Find location, trail maps and piste maps covering the mountains 866m of vertical range and surrounding area. There are 47 trail at Arabba. 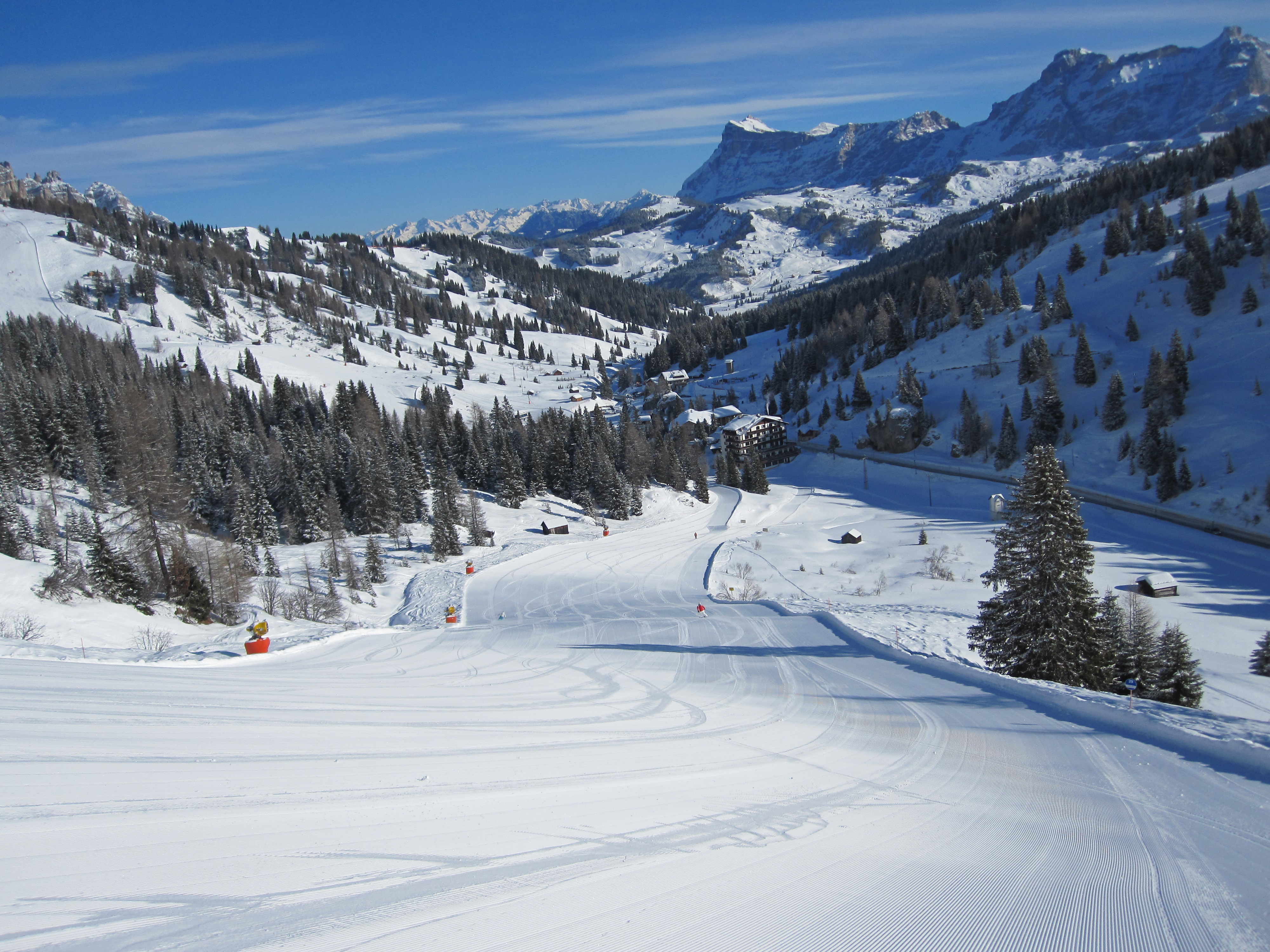 Helpful resort information to assist planning your trip to Arabba.

The terrain at Arabba includes::

Arabba, in the Veneto region of Italy, is a large resort with 29 lifts (inc 13 chair lifts and 5 surface lifts) that offers skiers an impressive 866 metres (2841 feet) of vertical descent. The resort is part of the Dolomiti SuperSki area and has the Marmolada mountain and glacier with a peak of 3,342 metres. Arabba has 47 pistes with a total length of 62 kilometers (29 miles). Arabba is best suited to beginner skiers and snowboarders but there is some terrain for both expert and intermediates. There are 7.5 kilometers of cross country ski trails at Arabba. For snowboarders, there is a terrain park and a half-pipe. The majority of the pistes at Arabba are covered by snowmaking. The nearest airport is at Venice / Venezia and the nearest train station to Arabba is at Brunico. There is accommodation located close to the pistes but we would welcome additional information about any hotels or chalets in Arabba.

Latest photos from Arabba. View all photos at the Arabba gallery page.

Interactive Arabba trail map and piste map. View the piste and trails as well as the surrounding terrain and mountain contours for backcountry action. Find and compare nearby resorts by clicking on the resort markers.

MarchAverage: 4.6 snow days per week
The snowiest week in Arabba is week 1 of March. There are typically 4.6 snowy days during this week with 52 cm of snowfall. Check out the Arabba Snow History graphs below.

A summary of the current snow conditions in Arabba. View more information on the Arabba detailed snow report page.

Thanks for posting my recent review of Arabba. I note, however, a mistake that you may want to correct. The natural snow depth at the time was between 35-45cm, not 35-45mm as I originally stated.

Discover ski resorts near Arabba. Click below to view there ski resort guides.